In line with his campaign promise of reaching out to the masses, the Senator representing Cross River South Senatorial District in the Senate, Senator Gershom Bassey, has donated a brand new 32 Seater Coaster bus to the Cross River State Traditional Rulers Council to ease their transportation to their place of duties.
The Senator who is also the Chairman House Committee on Federal Roads Maintenance Agency (FERMA) has always reiterated his commitment to ensuring that no member of his constituency is left out from enjoying the dividends of democracy and adequate representation. 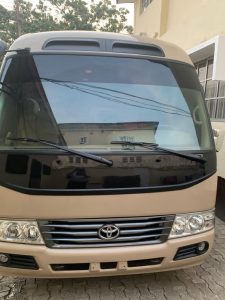 Barr. Ekpo Ada who presented the key on behalf of the Senator urge the council to continue supporting the mandate of Sen. Gershom Bassey as he has clearly distinguished Himself in service to His immediate constituents, His state and Nigeria at large.
According to him, transportation is the pivot around which the wheel of every modern economy revolves.
“The Cross River South people can readily testify of the contributions of Senator Gershom Bassey to human capital development and it has been a bountiful harvest of citizens oriented projects tailored to meet the yearning of constituents for better life. The support is timely to boost socio-economic activities, thereby enabling people to move from one point to the other,’’ Barr. Ekpo said.
Receiving the vehicle, the Chairman, Cross River State Traditional Rulers Council of Bakassi Local Government Area, His Majesty, Etinyin Etim Okon Edet lauded the Senator for the gesture and thanked him for remembering them at this point in time, and that the bus will aid to accommodate them on a long travelling.

TAMBUWAL, WIKE, AND OTHERS PDP GOVERNORS TO APC; LET MUTAWALLE BE. 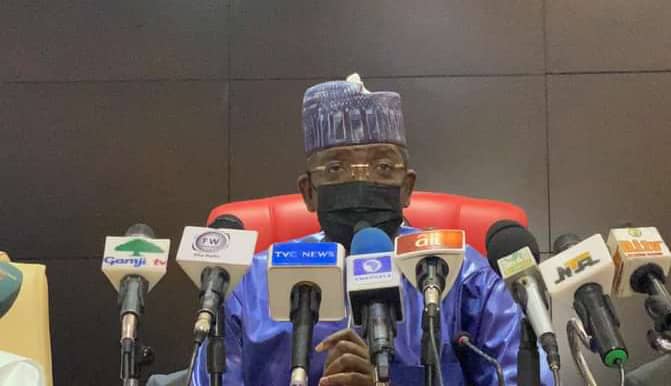