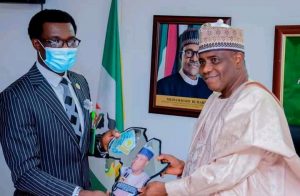 The African Union (AU) Economic and Social Council (ECOSOC) on Thursday conferred on Governor Aminu Waziri Tambuwal of Sokoto two awards in recognition of his sterling leadership qualities, futuristic perspectives and championing of women/girls rights.The awards were titled: ‘AU African Role Model and Envoy of Good Governance,’ ‘Ambassador for the New Decade 2020-2030 African Women Financial Inclusion in Nigeria,’ which project is billed to be flagged off on March 30.

Presenting the awards to the governor in Abuja, the Nigerian Representative and Chairperson African Union ECOSOC, Dr Tunji Asaolu, accompanied by the Special Adviser Political Affairs AU ECOSOC and the
Head, Women and Gender Affairs Cluster Committee, AU ECOSOC, said they were in recognition of the monumental strides Gov. Tambuwal in the educational sector and women empowerment in Sokoto state.

He explained that “the aims and objective of this is to champion this decade in Nigeria using this conferment to facilitate developmental project and support to Sokoto state while recognizing that the governor serves as a role model to others.” 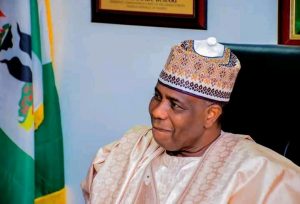 He added that over the years the spirit of Pan Africanism, which was part of the basis of the AU, have waned and need to be reawakened by recognizing those that can rejuvenate it.

“The purpose of these awards is to provide advisory opinions to governments in Nigeria and identify those that can champion the issues of Pan-Africanism, that has been moribund for long,” Dr Asaolu said.

Indicating that Sokoto State has been chosen by the AU for piloting program on the decade long African Women Financial Inclusion in Nigeria, the Country Representative lauded him for transforming the education sector and bringing Gudu out of the status of the only grassroots area without  a secondary school in the country to one that now has.

Receiving the awards, Gov. Tambuwal appreciated the gesture, which he described as symbolising good governance in Nigeria.He noted that the country need to have strong institutions and establish a mechanism for articulating this, which the AU decade program will help in doing.

He also gave kudos to the AU for its sustained interest in harnessing resources- human and otherwise, to promote good governance across the continent.

He assured that conferment of the awards will serve as a booster and encouragement to him to continue doing what he has is been doing to promote good governance.

Tambuwal admonished the team to visit Sokoto state to see things for itself and, especially assess the global laurels it has garnered from the World Bank under the
State Fiscal Transparency, Accountability And Sustainability (SFTAS) and the favourable rating of the state by the United Nations Children’s Fund, United Nations International Children’s Emergency Fund (UNICEF),an agency of the United Nations, for its significant reduction of out of school children.

According to him, all these feats are born out of the belief he has that the state has a brighter future by promoting girl child education, which will prepare all the girls in the state for the future.

Sun Mar 21 , 2021
Share This By: Coco Bassey Esu. …as State signs MoU with USAID on care and protection of orphans and vulnerable children… The Cross River State Government will officially launch UN REDD+ (Reducing Emissions from Deforestation and Forest Degradation)investment plan that will put the State on course to fully implement strategies […] 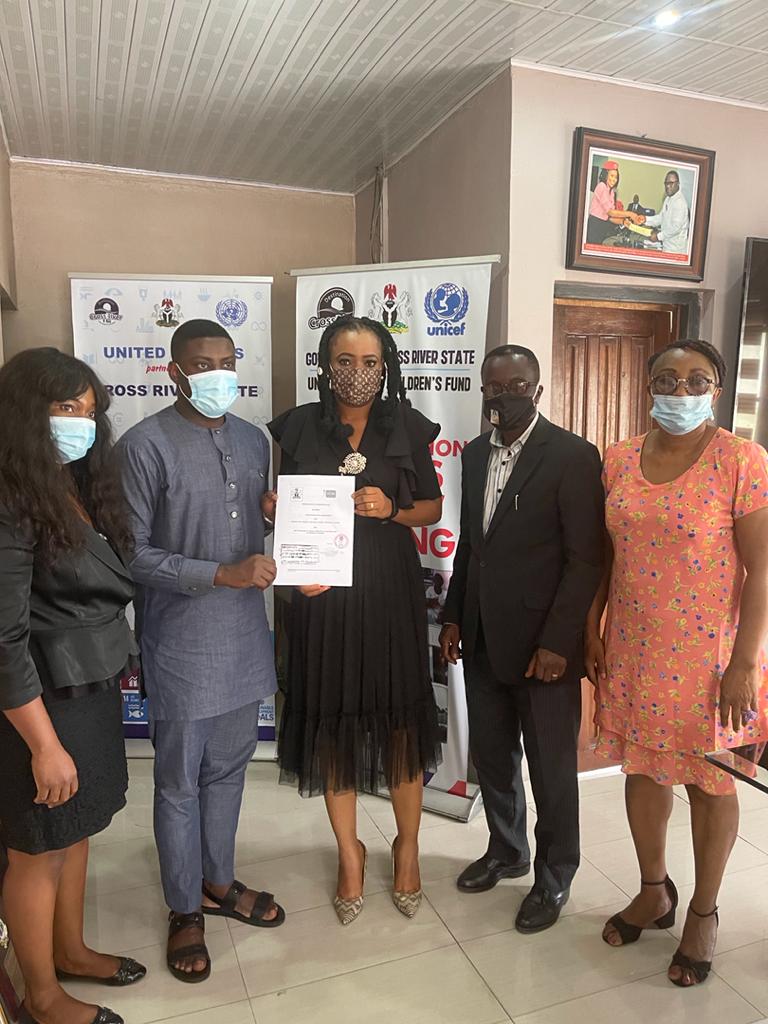