Skip to content
Share This
By: Admin.
The Senator-Elect of the Cross River North Senatorial District, Rt. Hon. Jarigbe, Agom Jarigbe, has clarified why he has not taken the Oath of Office as Senator; As a Law Maker for over 6 years, I should understand our procedures.

He explained thus; “while we wait to get a Certified True Copy of the Supreme Court Judgment, which resolved the issue of- ” The Authentic Candidate for the PDP in the last CRNorth Senate By- Election “, I wish to throw some light, for the benefit of those who were not in Court and seek to know the truth. I will publish the Lead/ Majority Judgment when it is made available to us. Justice Nweze who read the Lead Judgment is yet to hand it in. The important thing here is that, the Appeal was Struck Out at the Supreme Court because of an Incompetent Notice of Appeal. That means there was no Appeal before the Supreme Court. The Decision of the Court of Appeal was upheld.

The Appeal Court had upheld the decisions of the Trial Court, which granted Consequetial Orders in my favor. One of the issues sought for in my Counter Affidavit, was that I should be accorded all the Privileges as required by Law, due to me, as Candidate of PDP. This was granted by the Trial Court and affirmed by the Appellate Court. The Supreme Court received an Appeal against the Judgment from Stephen Odey but Struck it Out for being Incompetent. I have long been issued my Certificate of Return, which automatically invalidated the former, issued to Stephen Odey.

As a Law Maker and being in Parliament for 6 years, I should understand our procedures. We will formally transmit the Judgment of the Supreme Court and follow laid down beuracratic procedures for taking the Oath of Office as Senator of the Federal Republic of Nigeria.

The lesson to Learn;

We cannot supervise the shooting and killing of our people for a mere Senate Seat and expect that God will go to sleep. The blood of those murdered before and during the PDP Senate Primary Election will haunt the perpetrators, now and in the future. None of them has shown any remorse but go ahead to pay bribes for the Case to be compromised. Can we bribe God? The answer is NO! How can we get so brutish and inhumane?

May the Soul of Charles Onwe RIP, as vengeance is of the Lord.”

Sun Mar 14 , 2021
Share This   By: Kola Ologbondiyan. The Peoples Democratic Party (PDP) calls out the Buhari Presidency following repeated assertion by the National Security Adviser (NSA), Gen. Babagana Monguno, that the $1bn drawn from the national treasury by the Buhari Presidency, under the claims of purchase of arms to fight terrorism, […] 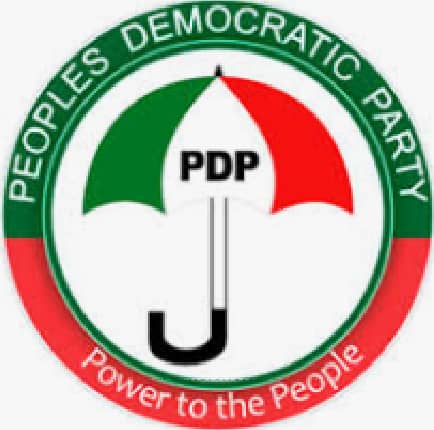