…Wike has earned mandate for 2023 national assignment.
FORMER Kano State governor, Senator Rabiu Kwankwanso on Tuesday underscored that governors, past and present, accord much respect to Governor Nyesom Wike for exceptional achievements in governance of Rivers state and rare boldness to speak truth to power.
Kwankwaso, while commissioning Rivers State Government’s completed Rumuogba 1 and 2 Flyovers in Port Harcourt, on the invitation of Wike, also rated his host as having earned Nigerians’ mandate for 2023 national assignment, and you are on the ground here in Rivers taking care of the people of your state. Not all Governor’s can say the same. You work on the ground while many others with similar responsibility’s  are in the sky.
“We respect you for the way and manner you maintain peace in Rivers. We had cause to speak to those indigenous here and those from other parts of the state or regions of the country, especially the Arewa community. “I had series of meetings with the Arewa community before my arrival here and even when I came, I also had the opportunity to talk to them. And the feedback is to say thank you and keep on working, keep maintaining peace and order in Rivers. “Being governor is very serious, challenging assignment. It’s been a contract between you and your people for eight years. Now almost six years, it’s just two years left to be in the Government House, before you move forward for the national assignment. “Many times we have reasons to come to Rivers to go round and see for ourselves the rapid development taking place here in the state. I came yesterday and had the opportunity of going round. I’ve seen the positive changes you brought to the state since 2015.
He further said, “For those of us, members of Kwankwansiyya Movement in this country, we also have a lot of respect for you. Though we rarely see you on the red cap, I am sure you have it in your mind because the way you do, say things shows you are no doubt a Kwankwansiyya.
“You are somebody who says things the way they are, not minding what others may think or feel. Please keep on moving and I believe the sky is the limit with this attitude and commitment to service of your state and the nation.” Earlier on the occasion, Wike had reiterated that his administration, working in rapid infrastructures delivery as if it is his first tenure, would leave no project conceived under him uncompleted for his successor to handle. “In the next two weeks, Julius Berger will come back and sign a contract with us (Rivers Government) for building of a cancer and cardiovascular diseases center. It will be the best in this country and will be completed in 14 months. We would complete all projects we initiated”, Wike further disclosed.

Wed Mar 3 , 2021
Share This By: Essien Ita. Abuja. After series of interaction with the Minister of Works and Housing on the need to improve funding for the rehabilitation and reconstruction of Odukpani-Itu-Ikot Ekpene Road. Sen. Gershom Bassey representing Cross River South Senatorial District on seeing the paltry N1 Billion allocated for the […] 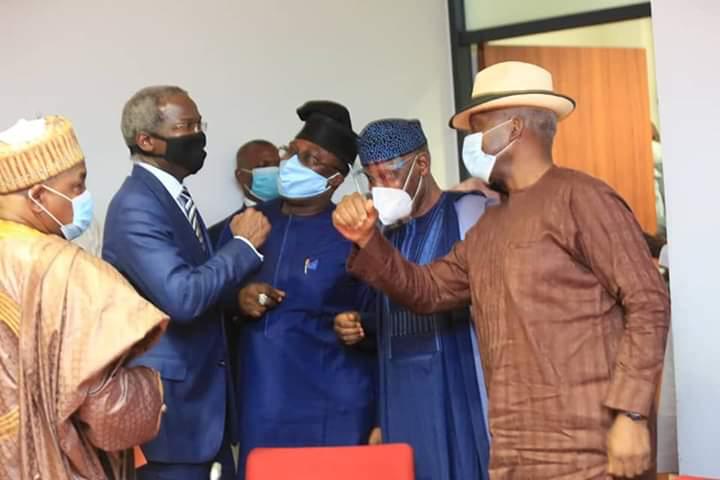