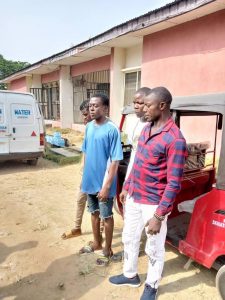 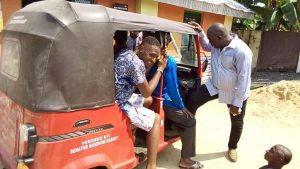 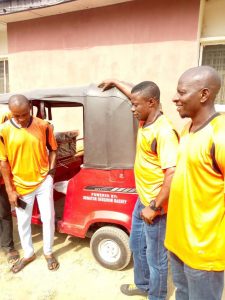 Sen. Gershom Bassey, senator representing Cross River South Senatorial District and Chairman Senate Committee on Federal Emergency Road Maintenance Agency (FERMA), shows commitment to constituents from Akampka local government area by sharing tricycles(Keke Napep).
Whilst presenting the tricycle to the beneficiaries from Akamkpa, the lawmaker represented by his Director General, Hon. Ekpo Ada stated that the empowerment was aimed towards unifying the various groups, causing their purses to be productive so that their welfare can be guaranteed.
The DG added that the empowerments are blueprints of promises made by the senator during his 2019 campaign to carry every local government along and making them enjoy dividends of quality representation.
The tricycles were presented to leaders of different groups in Akamkpa.
They include;
1. The Gershom Bassey foundation, akamkpa chapter.
2. Ojuk old stars –   Allijih  Abdulwahab Achigi
3. Akamkpa progressive – Longinus Ajom
The leaders of the different groups lauded the lawmaker for being a man of his words and also appreciated the senator for all the facilitated grants where over 600 constituents benefitted from. They went further to enumerate the various projects carried out by Sen. Gershom Bassey in Akamkpa from his inception in office and listed them out to be:
ROAD PROJECTS:
i. Rehabilitation of Calabar- Idundu-Oban-Ekang Road (2017)
ii. Rehabilitation of Calabar- Akamkpa-Biase Road (2017)
iii. Earth works in Ikpai (2017)
WATER PROJECTS:
i. Construction of Kwa Falls Multi-purpose Dam (Improvement of allocation for 2017)
ii. Mini Solar Powered Water Scheme, Ndeghe and Oban (2017)
HOSPITAL PROJECTS:
i.Equipping of Health Centres in some selected locations (2017)
It was an appreciation galore as the people from akamkpa promised to stay faithful to the course in the nearest future, by making senator Gershom Bassey a mega project in Akamkpa. 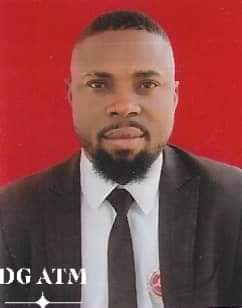