Skip to content
Share This
By: Admin.
The Media Team of the  Senator-elect, Jarigbe Agom Jarigbe wishes to extend their heartfelt congratulations to their principal and mentor on his historic victory at the supreme court yesterday. The team who is seen as the ears and communication channel of the Senator-elect wishes to also thank the real MVPs who are the good people of Cross River North who gave their unwavering supports throughout the struggle for the emancipation of the region.
It wasn’t an easy journey, but we thank God Almighty for his ever faithful guidance, directives, and support. The long battle for the soul of CRN has finally come to an end, It is now  time for the business of liberation and we’re confident that the Senator-elect, our principal and leader of the Unconquered army will adhere to the message of liberation brought forth by the good people of CRN through their overwhelming supports.
We congratulate our principal and wish him God’s continuous guidance, protection and direction as he mount the hallow seat of the people of CRN as Senator. Our principal is not oblivious of the fact that, public office is the office of the masses, no wonder, his ‘peoplecentric’ style of leadership so far. As member representing Ogoja/Yala federal Constituency, our principal was all encompassing, embraced affectionate grassroot leadership, practiced open door governance, humane and accessible style of leadership, etc, we’re not doubtful that, he will toe same path and even do much more for the five LGAs in CRN and the entire Cross Riverians and Nigerians.
We equally wish to congratulate the MVPs (the common man of CRN), entire Cross Riverians, Nigerians, and every other silent admirers, supporters of our principal, Senator-elect, Jarigbe Agom  Jarigbe and the entire supporters of Team authentic. We can categorical tell you all that, your idol, our principal, the masses Senator, Jarigbe Agom Jarigbe will not disappoint you. Just as he briefly stated yesterday after the supreme court verdict, “he will be a senator for all, not senator for PDP alone”. He also stated yesterday that, his first empowerment will go to a named APC member. We bank on his word and promise you that the Senator-elect will not disappoint you.
The Senator-elect, was affirmed yesterday in a split judgement (majority to minority judgement) by the supreme court as the validly elected candidate of the Peoples Democratic Party PDP primary that took place September, 5th, 2020. Therefore, in obedience to the judgement of the Appeal court which the supreme court upheld yesterday, our principal is to enjoy all privileges including swearing in as senator of the federal Republic of Nigeria, representing Cross River North.
We wish to thank the general public for the show of love, their solidarity. We constantly get request from you to clear the air on fake news from other camps, to avail you all the authentic information, which we constantly did and will continue to do.  Thank you all for keeping us on our toes and engineering us to do the right thing at all times. Most of you rated us as the best media Team, we thank you for your kind wishes and supports.
We unfailingly wants to thank our principal for always correcting us, telling us not to insult, malign, castigate his opponents, that God will do it for us. Our principal practically told us not to make any post on the judgement stating that we should accept the outcome in good fate, but then, we couldn’t curtail the joy and we are still Celebrating. Thank you boss for the love and concern shown us. We appreciate you and remain loyal to your directives Sir. We will continue to work with you in making sure you succeed Sir.
Thank you all and God bless.
TeamJari Media.

Sat Feb 27 , 2021
Share This By: Mohammad Bello (SA). Media and Publicity to Sokoto Gov. Gov. Aminu Waziri Tambuwal today commiserated with the government and people of Zamfara over the abduction early morning Friday of over 300 female students from Government Girls Secondary School, Jangebe. Gov. Tambuwal, who was accompanied by the Sultan […] 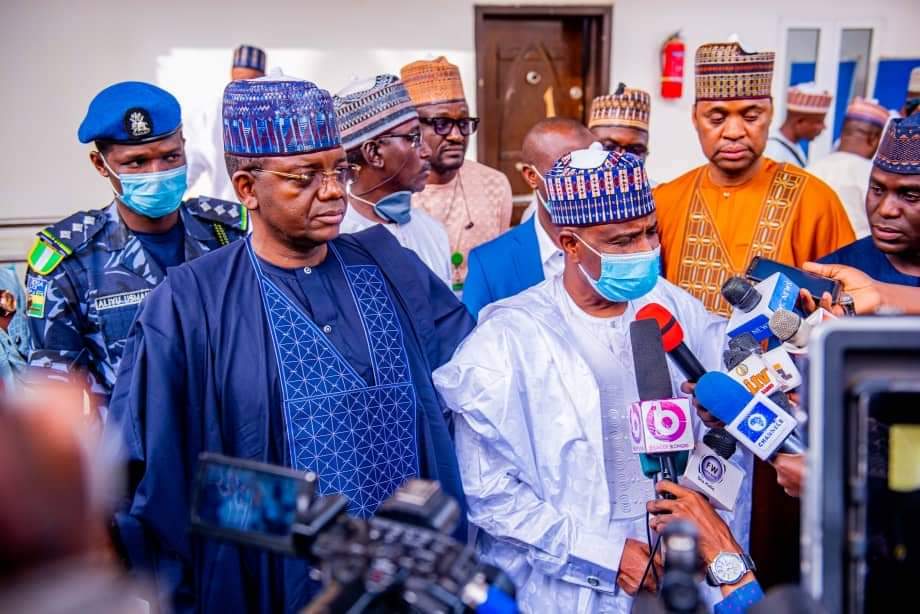