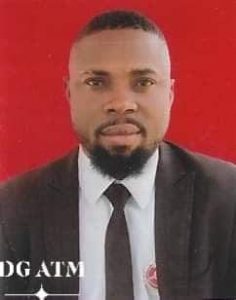 PREAMBLE:
The National Executive Council (NEC) of the Aminu Tambuwal-Triumphant Movement (ATM), held her Maiden General Meeting on 24th February, 2021, online NEC WhatsApp Platform at about 7:30pm.
At the Meeting was in Attendance, the Director General, National Secretary, Deputy Director General South. National Directors of all Directorates, National Legal Adviser, Youth Leaders and Observers of BOT Members, and our Principals.
Nigeria of Our Dreams Is Possible with H.E Rt. Hon. Aminu Waziri Tambuwal, CFR (Matawallen Sokoto) as President, come 2021.
SUMMARY:
A: ACHIEVEMENTS.
1.  ATM has been successful Registered and Certificate collected.
2.  We have Established Structures across the Nation, starting with the National Executive Council (NEC).
3. 6 Geopolitical Zonal Directorates with a Zonal Coordinator.
4.  The formation of 36 States and FCT Chapters EXCO’s with a minimum of 10, Exco members and majority with 11, Exco members bringing the total to 390 States EXCO Members.
5.  Senatorial Districts Coordinators in 109, Senatorial Districts and the FCT across Nigeria.
6.  Establishment of ATM Media Centre.
7. ATM Facebook (2) Accounts.
8. ATM Twitter Account.
9. Establishment of ATM student Wing.
10. Establishment of ATM Women Wing.
11. The formation of 774 LGA Chapters on going Nationwide with majority already completed (formed) with a minimum of 10, Officers each and with a total target of 8,480 EXCO Members.
12. National Wards Exco’s targeted at about 88,090 officers Nationwide.
13. Projecting before December, 2021, to get down to all polling units in Nigeria with a target 0f 1,199,730 Officers in 150,000 polling units in NIGERIA.
14.  We have successfully held crucial meetings with representatives of His Excellency, at different occasions with Dr. Nicolas Msheliza. Dr. Mike Omeri, and Rt. Hon. Yemi Arokodare, etc.
15.  Our Constitution (Working Document) is almost out and will be ready for sharing during Inaugurations at various levels across the Nation.
16.  Mass Production of T-Shirts and Face Caps to all National Officers, though it will be a continuous process.
17.  We have composed and proposed an ATM Anthem and waiting for its Approval by NEC, if Adopted.
18.  The DG has visited 7, States so far.
19.  Under the DG Directives, ATM has paid condolence visits to two burials of our leaders’ parents in Imo and Benue States, respectively.
20.  ATM has a 7, Members Board of Trustees and 2, Grand Patrons.
21.  ATM has one Patron and 6, to be appointed each from the 6, Geopolitical Zones.
B: REQUESTS.
1. Submission of Proposal for NEC Inauguration to the Chairman of Board of Trustees and brain behind ATM formation, Dr. Nicolas Msheliza for onward Approval by His Excellency.
2. Request for a Secretariat in Abuja to accommodate all National Directorates to facilitate smooth operations and logistics linking the 6, Geopolitical Zones and the 774 LGA’s of NIGERIA.
3.  Visitations and Courtesy calls on our Board of Trustee Members across the Nation and to our Patrons in the coming weeks.
4.  All National Officers are hereby encouraged to SUPPORT ALL STATES COORDINATORS and LGA’s COORDINATORS.
5.  CONFIDENTIALITY of ATM Strategies and Policies.
6.  Provision of Security for the Director General. Hence, his last attack from ATM distractors and antagonists.
C:  CHALLENGES.
1. Finances.
2. Mobility.
3. Hackers trying to hack into our National Platforms, Zones, States and LGA’s but so far, we must commend our ICT Team.
4. Complaints of some members who want Inaugurations across Boards done immediately.
D: ATTENDANCE:  35 National Executive Council Members.
SIGNATURES/SIGNED BY:
1. Ambassador Enobong Inyang (Don-P Original)
Director General ATM.
2. Hon Ati Adendem Stephen.
National Secretary.
3. Mrs. Hauwa Kulum Master
National Woman Leader.
4. Dr Mrs Comfort Ogbaji Bassey.
National Director Legal Adviser.
5.     Mrs Omolora A. Popoola
Deputy Director General South West.
6. Comrade Amawu, Cletus Albert Amawu.
National Director, Media and Publicity.
7.      Hon. Patrick Emeruem
National Director Contact and Mobilization.
8.      Comrade Abdullahi Yunusa
Zonal Coordinator North west .

One thought on “A COMMUNIQUE ISSUED AT THE END OF THE ATM NEC MAIDEN GENERAL MEETING HELD ON 24TH FEBRUARY, 2021.”

TEAM JARI MEDIA, CONGRATULATES THEIR PRINCIPAL, THANKS SUPPORTERS FOR THEIR UNFLINCHING SUPPORTS.

Sat Feb 27 , 2021
Share This By: Admin. The Media Team of the  Senator-elect, Jarigbe Agom Jarigbe wishes to extend their heartfelt congratulations to their principal and mentor on his historic victory at the supreme court yesterday. The team who is seen as the ears and communication channel of the Senator-elect wishes to also […] 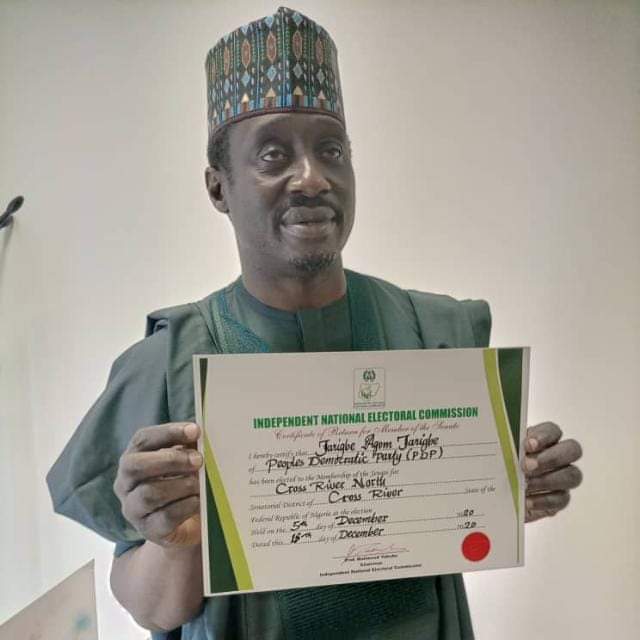