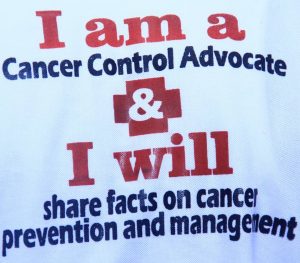 4th February every year is marked as the world Cancer Day and the theme for 2021, is:  “ I can and I will”. The Commissioner For Health Dr Betta Edu unveiled the state policy direction for Cancer control when the Calabar Cancer Registry council paid her a visit at the state ministry health on the world cancer day ahead of  virtual event for 10th of February 2021.
Dr Edu said the Cross River State Government will work with the team at cancer registry to build capacity of Health workers at Primary and secondary levels to create awareness at grassroots and also detect early signs of cancer when the present in whatever form. She called for operational research at community level that will inform policy on cancer as well as massive screening in communities and treatment of cases found as part of the cancer control policy Implementation In the state.
Dr Edu stated that even though the State Health insurance scheme is unable to cover for the full cancer treatment, it will invest in cancer prevention through awareness creation, vaccines and operational research as well as most investigations for diagnosed patients. She further noted that the massive screening for breast cancer in October partnering with Mediatrix Development Foundation yielded over 45 cases from communities that are undergoing treatment presently. early detection will save more lives. 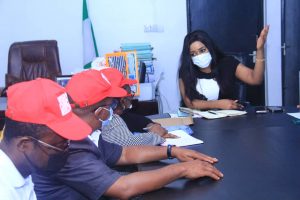 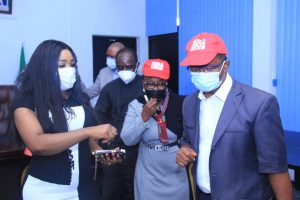 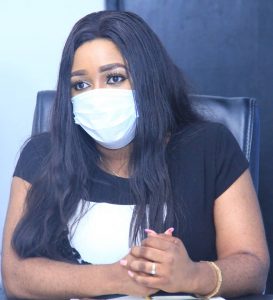 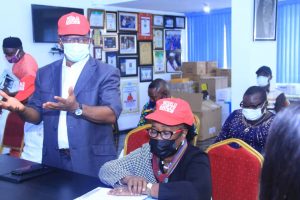 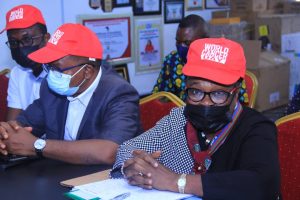 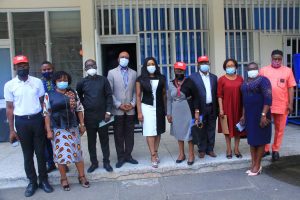 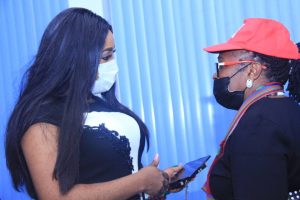 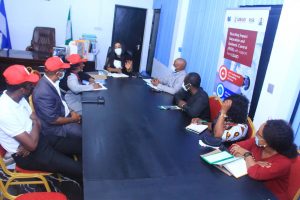 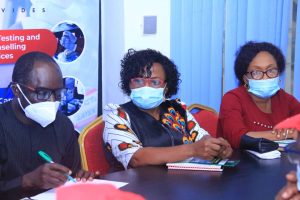 The Chairman of the Cancer Registry Prof Imabong  Ekanem who led the team on behalf of the UCTH cancer Advisory Board and the Calabar Cancer Registry congratulated the Commissioner for Health Dr Betta Edu on her assumption of office noting that her Exploit in the health sector has been exceptional and undeniable. She said there is great need to work with the state Government to reduce mortality associated with cancer.
She noted that the cancer registry is at small scale due to inability of the ministry to provide the political will to support and expand their scope. She noted that the Cancer Registry whose duty includes research, data gathering, advocacy visit, awareness creation, trainings and cancer management has carried out a research on cancer cases as well as mortality from 2009 to 2013 in calabar. This she presented to the Commissioner to guide Government policies.
The team promised to work with Government to set up mandatory cancer screening at the PHCs and General hospital. The team will also support operational researches immediately. Dr Macus Enyama also advocated for increase awareness using TV and radio programs to educate the public on the need for cancer patients to seek care at the hospital rather than at religious houses or traditional homes which has led to increase mortality.
Prof Godwin Egbuge said poverty, life style modifications and infections played key roles in cancer causation. Asking people to avoid risk factors like smoking, alcohol, unprotected Sec with multiple partners amongst other things.
Others who spoke were the SA health to Governor Dr David Ushie who is a Pathologist and cancer specialist, the Perm Sec Ministry of health Bar Takon, the director of public health Dr Iwara and Mrs Sally Eyim who represented the DG CRSPHCDA

UNFPA DONATES PPE's TO CRSMoH TO TACKLE SECOND WAVE OF COVID-19 IN HOSPITALS.

Mon Feb 8 , 2021
Share This By: Coco Bassey Esu. The United Nations Fund for Population Activities(UNFPA), through the Ministry of International Development Cooperation has supported some Health Facilities in the State with Personal Protective Equipments (PPEs) to tackle the second wave of the COVID-19 pandemic. The Hon Com for International Development Cooperation (MIDC), […] 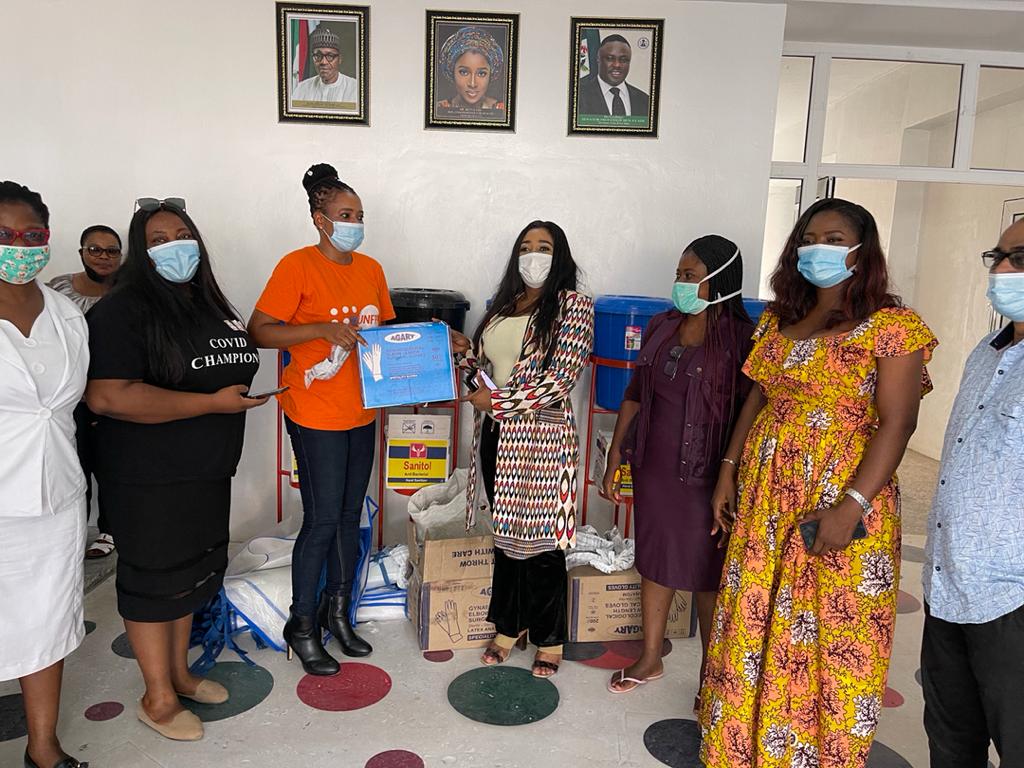