Now here is a spectacular product of a unique phenomenon, mostly grown in third – world African countries. By the way, aren’t African countries almost all third world, with failing economies, tattered political fabrics, bloated nouveau riche – without agricultural or industrial production, atomistic ethnic groupings and cantankerous fanatical religious convictions? The “loyalist” in Africa is a dramatic archetype originating from both congenital and circumstancial disorders in the socio – economic and psycho – political system.

Even though they are grown all year round in all the countries of Africa and flourish mostly in seasons of economic strangulation, their main vegetation is in tropical politics, where they are known to flourish in peak season, like Chinua Achebe’s yam tendrils in the rainy season. They arise from a variation of slightly disimilar backgrounds which are tied together by the will to survive, even to live, and the drive to prosper against all odds.

Diligent research has shown that they are either, school drop – outs, cultists, drug addicts, kleptomaniacs, people with low self – esteem, victims of long years of poverty, offsprings of unbalanced parenting, exconvicts, demagogues, social misfits, and wait for it … even unfulfilled geniuses! For people who fall in this broad categorisation” loyalty ” has become both a profession and a science. A means of livelihood, a bridge to success, a meal ticket, a place to carve out an identity for oneself, however nefarious in complexion and shameful in it’s disposition. There are yet those who have become “loyalists” as victims of the socioeconomic and political system which have sucked them into the mire and putrefaction of its architecture, travelling wherever the wind bends their wing, while remaining firmly on the leash, with minimal reward, less they break free from the agonising shackles of their own unique imprisonment. These are themselves “loyalists ” and also “victims” of loyalty. For them it is a sponge dripping with Socrates’ hemlock which they must drink to quench their taste, and then to die! Someone once argued that there is a relationship between money and power, and that impoverishment is a measure of political control. Could this be true?

To be a “loyalist ” it is important to gorge out one’s brains and replace them with sand, to suspend disbelieve, to embrace alternative reality, to deify the boss, emperor or potentate and every nomenclature of excellencies, to tell them only what they want to hear. That is why Museveni is still popular in Zambia, Theodoro Nguema Mbasogo loved in Guinea Equitorial, Paul Biya the subject of poetic pynaegyrics in Cameroun. Even our own President Buhari is a great hero, so says the “loyalists “. Yet the “loyalists ” have done more damage to continental Africa and to all its its peoples than colonialism and military interventions ever wrought upon the people.

And because human beings are by nature both sociopolitical and competitive, and even the primates from which the human species might have evolved practiced an attenuated form of politics, ” loyalty” has become a veritable means of gaining advantage over others, not capacity, knowledge, expertise, hardwork, or qualification. Max Weber’s position that modern society is individualistic, egalitarian, market and merit driven has been overcome by agnatic kinship organisation or the tyranny of cousins in Africa where kinship ties have become the main source of social solidarity. Alexis de Tocqueville and Thomas Jefferson’s prodigious treatises on the equality of man as the inexorable experience of the growth of mankind has since been washed away by rapacious despots at all levels of governance in Africa. Like the Arabian, Ottoman, Chinese and Byzantine oligarchs, governments are controlled by a shadow network of stacked turtles and cousins, and an inner court of henchmen hidden beneath the vinear of “loyalty “.

The heart of the “loyalist “, to use the words of Mark Twain, “is a cesspool of falsehood, of treachery, and of low and devilish instincts”. The “loyalist ” harbours no redeeming moral graces, no scruples, no tingling conscience, no feelings beyond the alluring touch of goldcoins, ala Silas Manner, or crisp notes, and the dizzying smell of new mint. Money, position, office, advantage and power are their molten gods and carved deities. And once the certain reign of sitting the king is ended, the “loyalists” promptly migrate like egrets to another victim, the new king. They are like herdsmen, or birds of the sky, with no permanent abode. Their “loyalty ” is also itinerant, constantly in search of pasture and water, leaving behind them a scorched earth laid waste by their “loyalty”. Mankind will surely know more peace, progress and prosperity were it not for the pernicious and invasive”loyalists “.

Tue Jan 26 , 2021
Share This By: Emmanuel Ulayi. The problem of arms proliferation, militancy and youth restiveness dominated discourse Monday at the flag off of Ecowas-European Union Arms destruction exercise in Calabar. Cross River state governor, Professor Ben Ayade, representives of Ecowas- EU and service commanders in the state took part in the […] 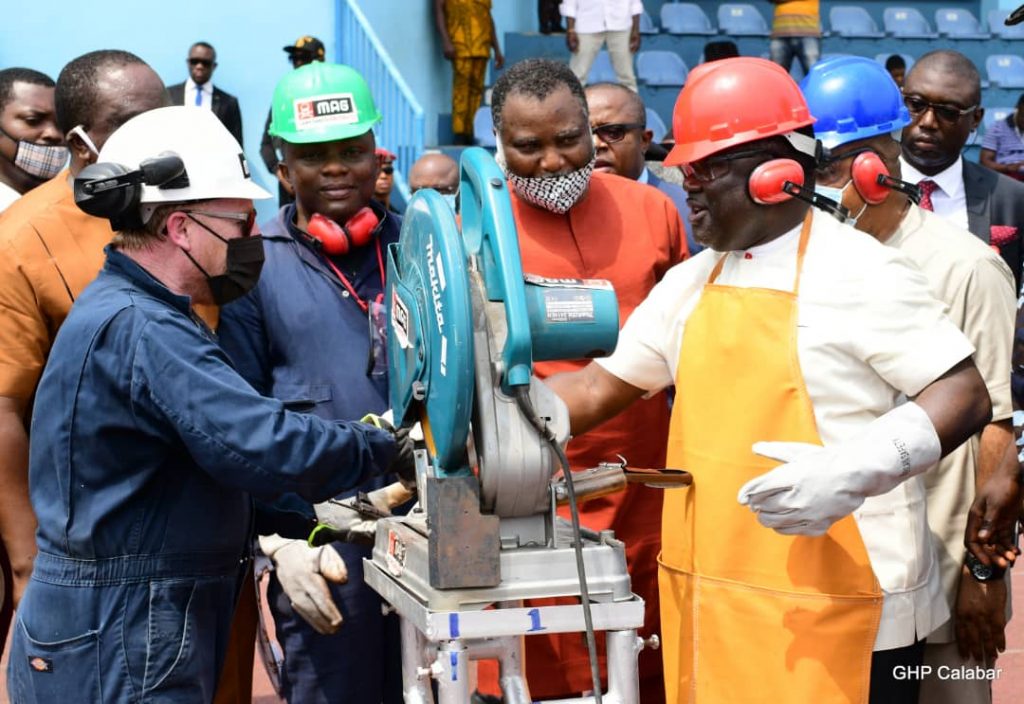