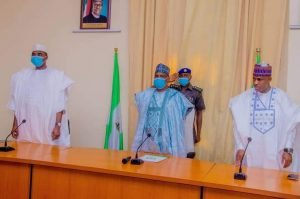 Governor Aminu Waziri Tambuwal of Sokoto State has assured the Nigerian Air Force (NAF) that his administration will assist it in every way conceivable in its bid to establish and locate the Force’s Institute  for  Administrative Management in the state.
Governor Tambuwal made the call when he received the Air Officer Commanding (AOC) Ground Training Command of the NAF, AVM   Idi Amin, who paid him a courtesy visit at the Council Chamber of Government House, Sokoto.
While conveying the gratitute of the people of the state to the Chief of Air Staff for choosing his domain to site the NAF Institute, the Governor reiterated the commitment of his administration to supporting and cooperating with any federal institution willing to do same.
He said the need for training and re-training of security personnel on the latest technology cannot be over-emphasized, as this will make them to be up to date with the latest techniques of combating security threats.
He recalled that when the 8 Division of the Nigeria Army  was established in the state, his administration not only allocated office  accommodation to it but also donated 44 housing units to them in order to enable them perform their duty effectively.
”This is to show how the state government is supportive of every effort of the federal government,” he said.
Also applauding the synergy between the security agencies working in the state, Tambuwal said: ”we are doing everything humanly possible together with them to solve the challenges in the areas where we have banditry attacks.” 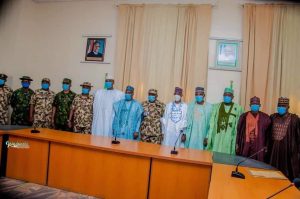 The Governor used the occassion to call on people of the state, particularly those of Isa and Sabon Birni local government areas, where banditry is still a security challenge to not let hope elude them, as the state government is working closely with the security agencies to ensure that nomalcy is restored in those areas.
In his address, AVM Amin said his visit was in connection with the relocation of the NAF  Institute  for  Administrative Management to the state.
He said the relocation is deliberate  in order to ensure the safety of lives and property, stressing that this will go a long way in serving people of the state effectively.
He said NAF, in collaboration with other security outfits in the state, will work tirelessly in order to ensure the security of the state.

CRS NURSING EDUCATION: SCHOOLS OF NURSING, CALABAR, OGOJA AND MIDWIFERY IN OBUDU, GET FULL ACCREDITATIONS AND INCREASE IN ADMISSION BENCHMARK.

Tue Jan 19 , 2021
Share This By: Admin. The Governor of Cross River State Sen. Ben Ayade has reinstated his commitment to improving health care delivery in the state. He made this know while receiving the Honorable Commissioner for Health Dr Betta Edu and the accreditation team who presented the Full accreditation certificate of […] 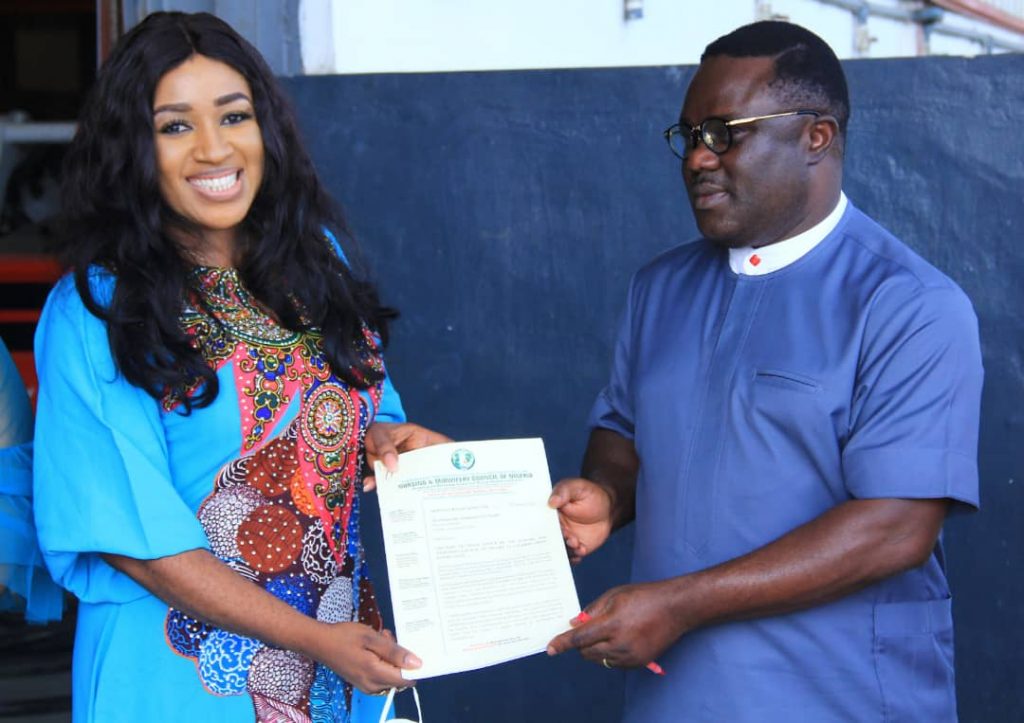