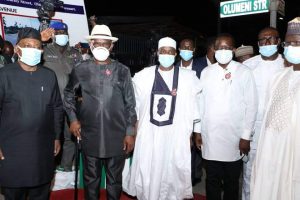 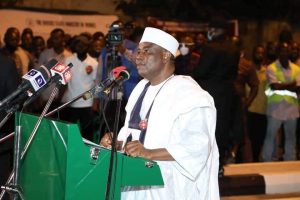 Rivers State Governor,  Nyesom Ezenwo Wike, says Nigerians now know clearly that the Peoples Democratic Party (PDP), has their best interest at heart with the commitment it has shown in fulfilling every promise made in ensuring an enduring improvement in their socioeconomic situations.
Governor Wike stated this at the commissioning of dualised Forces Avenue, Olumeni and Harvey Streets in Old Government Residential Area, Port Harcourt by Sokoto State Governor, Aminu Waziri Tambuwal on Friday night.
The Rivers State Governor, said the administration of his predecessor under the All Progressives Congress (APC), deliberately ignored the roads in the Old GRA of Port Harcourt, thereby leaving the area in blighted condition.
Governor Wike stated that his conviction in developing the city and building it into world class status that will market the entire state, stems from the fact that it is the first point of contact to every visitor that comes to the state.
He revealed that former Rivers State Governor,  Celestine Omehia before leaving office in October 2007 had awarded contract for the dualisation of Forces Avenue , but his successor, Governor Chibuike Amaechi, for inexplicable reasons stopped the contractor from executing the project.
“Celestine Omehia was the one who awarded the dualisation of this project ,not to Julius Berger, but to another contractor. But, his first cousin (Amaechi) said the job should not go on. But I thank God today that Celestine Omehia is witnessing that his dream has come through to the glory of God.”
He stated that the reason why he will spend the entire next week commissioning more projects across the State is to remind Nigerians that PDP offers the only hope to emancipate the country from the appalling poor governance that has characterised the APC led Government since 2015.
To buttress the fact that PDP governors are excelling in their respective states, Governor Wike said in November, he was in Sokoto State where he commissioned a major water project that will serve nine local governments and also laid foundation of a University Teaching Hospital.
Governor Wike pointed out that the APC has been unable to keep its promises to Nigerians, and has also not confidently executed development projects in the states that they control, which have emboldened Nigerians to reject them.
Speaking further,  Governor Wike said the success of his development efforts has silenced the opposition,  and they are overwhelmed that he has surpassed their expectations.
“I told you that the only way you can silence the opposition is to do what people would see. You don’t need to join issues with them on the pages of newspapers.
“All of them live here. They will see the streetlight shining and the beautiful road. That is the party that has the interest of the people. “
Inaugurating the road projects, Governor of Sokoto State,  Aminu Waziri Tambuwal, asserted that the performance of Governor Wike has justified the confidence reposed in him by Rivers people who had reelected him to serve them for a second term.
Governor Tambuwal, who affirmed that PDP governors are doing well in their respective states, described Governor Wike, as a bridge builder,  and a special gift to the country.
“Almost two years into your second term, I believe that you have justified their confidence.  You have done so exceedingly well.
“Those following you and those following development in Rivers, and democratic development in Nigeria, know your place in this state, and at the national scene in delivering your mandate, and your efforts at building bridges across Nigeria.  You’re indeed a special gift to the people of Rivers State and Nigeria at large.
“As said by the National Chairman of PDP, and re-echoed by my brother, Governor Wike, the governors of PDP in Nigeria are doing well in their respective states. We are all doing our best to deliver on our promises and to provide good governance. 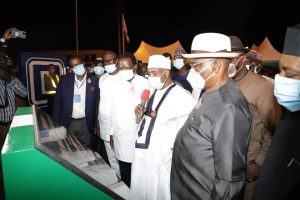 “We must continue to do that, not only to justify the confidence of the people, but also, as a mark of gratitude to God Almighty.”
National Chairman of the Peoples Democratic Party (PDP), Prince Uche Secondus, said since the roads were first built by the colonial masters, no government had given them serious attention until this intervention by Governor Wike.
“You are one of the shining light of our party because your good works speaks for itself. I don’t think another governor or governors of the other party can really compete with the governors of PDP. Your Excellency, the chairman of governors forum, you see that our governors are making us very proud and we are very proud of them and waiting on the line to takeover in 2023.”
Rivers State Commissioner for Works, Hon. Elloka Tasie-Amadi said the roads were previously between 6.5 meters and 7 metres without drains, and streetlights. And as suitable as they were for the times in which they were built, they ceased to adequately cater for current needs and would not provide for the near or distant future.
“Forces Avenue is now 12 meters wide, Olumeni Streets is 15. 3metres wide, Harley Street is 15.3meters wide. All the roads are all dual carriage, complete with streetlight, drainages and side walks.”

Mon Jan 11 , 2021
Share This By: Admin. The people of Igaba in Obudu LGA and Itate in Okuku, Yala Local Government Area both of Cross River State, were overjoyed as the Cross River State Government formally handed over the gully erosion sites to contractors for immediate commencement of civil works. During the handing […] 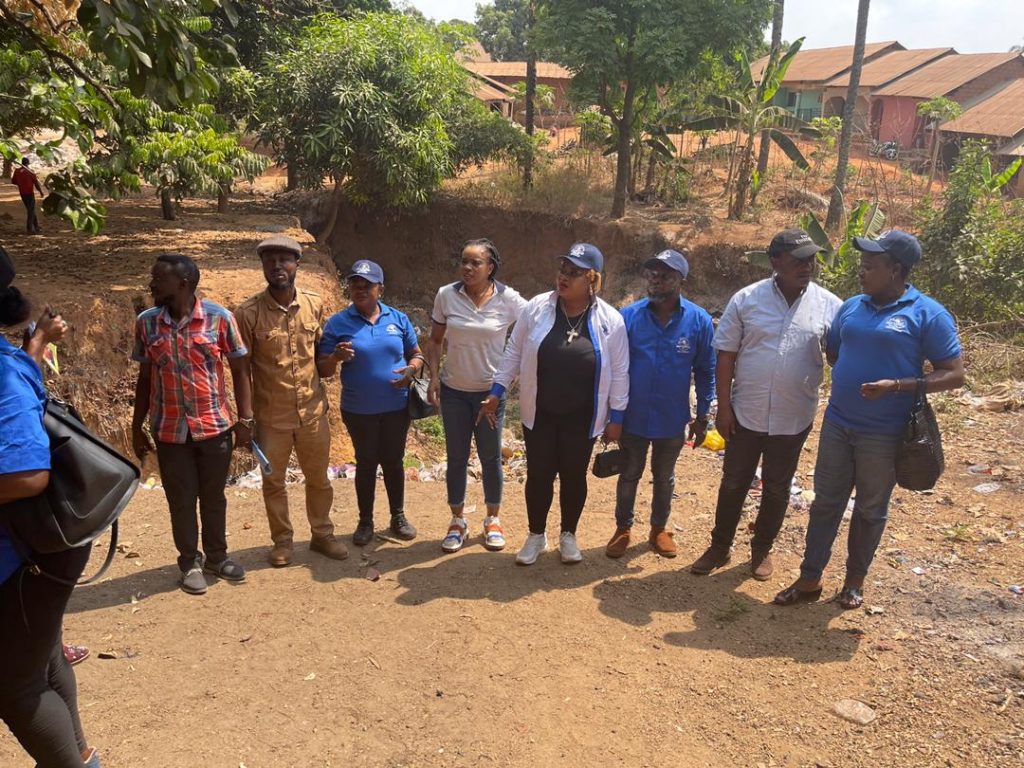