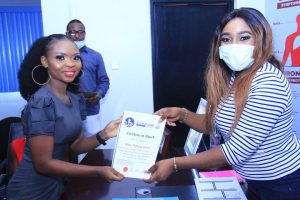 The three winners of the First Edition of Dr Betta Edu Literary competition ‘ My Impact to the Society; How it’s has affected the people positively” received their prizes and met with media representatives at the award presentation held on 29th December 2020, at the Cross River State Ministry of Health Headquarters, Calabar.
Out of 53 entries submitted to the competition, the essays of Ogwa Alicia Johnson, Ottoh Patience Arikpo and Ogar Terence Edung won the first, second and third prize respectively.
Ogwa Alicia Johnson, a radio OAP and presenter with FAD 360 FM highlighted in her essay that in Dr. Betta Edu, she has learnt commitment and value due to her Sterling performance as a DG, Cross River State Primary Health care development agency, a former adviser to Governor Ben Ayade on community health and today Commissioner for Health Cross River State came first and won a monetary reward of N40,000 in cash and a dinner with the Commissioner.
First runner up, Ottoh Patience, a writer and content developer describes Dr Betta Edu as her mentor and role model worth emulating by every young girl who desires to be successful. Her commitment to service and humanity won a monetary reward of N15,000 in Cash and a dinner with the Commissioner.
Second runner-up, Ogar Terence Edung a Social Media Influencer and also a writer, presented in his essay the reasons that Dr. Betta Edu’s impact to the society is not something that can be erased from memory in a hurry; from saving a dying child and catering for the mother, to putting smiles on the faces of children faced with hardships in her own very community and so on won a complimentary cash of N10,000 and a dinner with the Commissioner. 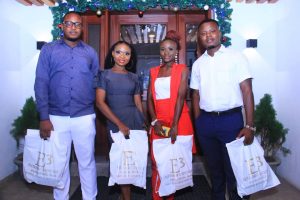 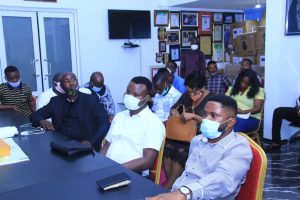 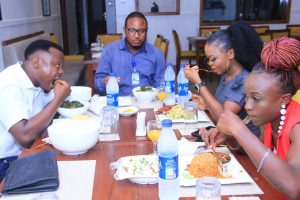 Dr Betta Edu congratulates the three winners and all participants in the competition, and promises to continue to contribute, in any way possible, to the advancement of human development and Healthcare delivery in Cross River State.
She disclosed that the Competition will be held next year with a more revealing topic to write on and in a more bigger way that will accommodate thousands of entries.
Dr Edu reveals that the competition with a rational to evaluating the impact of her services in the society was to encourage creative writing as part of the activities to mark her birthday in 2020.
The three winners were later treated to a first class dinner outing at E3 Restaurant and Boutique, Calabar by the Honorable Commissioner For Health, Dr Betta Edu.

Sat Jan 9 , 2021
Share This By: Admin. The Director General of the Aminu Tambuwal-Triumphant Movement (ATM), Ambassador Enobong Inyang, disclosed to newsmen, Immediately leaving the General Hospital, Maitama, Abuja, that the Inauguration of National Executive Council (NEC) is billed for the coming week. Hence, this will be proceeded with the Zonal and States […]