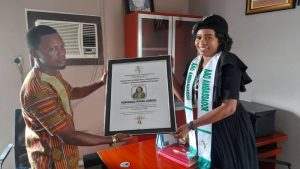 The Commissioner for International Development Corporation in Cross River State, Dr Mrs Asibong, has been bestowed with an Award of Excellence by the African Agricultural Organisation (AAO) in recognition of her sterling role and contribution in attracting donor agencies and programmes into the state.
Mr Ebaji Gabriel, the Sole Administrator and representative of the Organisation in Nigeria, said that Dr Asibong came top in a process that threw up five nominees from five states.
He explained that her doggedness and commitment in attracting federal and foreign partners into keys MDAs in the state was highly appreciated.
According to him, Dr Asibong has played an outstanding role in Agricultural industrialisation  in Nigeria, via her ministry.
It would be recalled that a few weeks ago, Dr Asibong attracted the United Nations Development Programme officers and the Office of the Senior Speical Assistant to the President on SDGs for a workshop that held in the Obudu Cattle Ranch.
The focus of the workshop was to brainstorm on how the state can achieve her SDGs by exploring its frontiers for support from donor agencies. After the workshop which attracted over 15 relevant MDAs in the state, held at the Obudu Cattle Ranch, with Commissioners, Permanent Secretaries, Directors and staff of various MDAs in attendance, the UNDP also followed up with a training programme for Evaluation and Budget Officers from all the MDAs in the state at Transcorp Hotel, Calabar.
Congratulations to you Dr Asibong, more is expected of you in 2021 as we look forward to seeing you do more. May this award be a ladder to greater heights.

Tue Dec 29 , 2020
Share This By: Mohammad Bello (SA) To Gov. Tambuwal on Media & Publicity. As it marks 50 years of its existence on Monday, the Shehu Shagari College of Education, Sokoto will soon become a University of Education that will retain the name of the former President Shehu Usman Aliyu Shagari […] 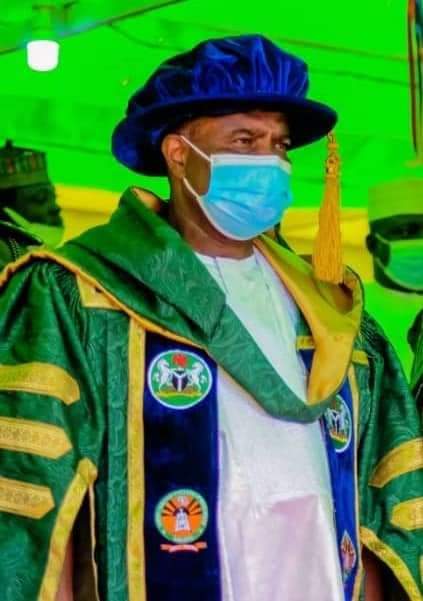