Skip to content
Share This
By: Admin.
“The must be a concerted efforts to  develop human capital…”
A Lagos based lawyer Barr. William Ballantyne has stressed on the importance to encourage human capital development in the state as a way of moving the state forward.
In a telephone interview with journalists in Calabar, he said “We do not have people with critical minds who can think critically. That is why we have to introduce a different Educational system which will entail basically critical thinking for future development that will lead to the  advancement of our State”
He said there was need for government and political leaders in the state to concentrate on human capital development as a way of economic and socio-political development of the state.
Barr. Ballantyne who is also a senior member of the All Progressives Congress, APC, also described as unfortunate the suffering faced by the displaced Bakassi people said ” it was their choice to agree to come and settle at a Primary School in Akpabuyo, leaving their ancenstral land behind”
The legal luminary who faulted the  decision of the international court to cede the oil rich peninsular to the Cameroon however accused the political elites in the state of being too selfish at the detriment of the people.
Barr. Ballantyne who has contested to represent Bakassi, Akpabuyo and Calabar south federal constituency at the federal house of representatives has spent the last 16 years lending his voice to several serious issues in the state, especially as it concerns the displaced people of Bakassi.

Mon Dec 28 , 2020
Share This By: George Odok Jnr. The Commissioner for International Development Corporation in Cross River State, Dr Mrs Asibong, has been bestowed with an Award of Excellence by the African Agricultural Organisation (AAO) in recognition of her sterling role and contribution in attracting donor agencies and programmes into the state. […] 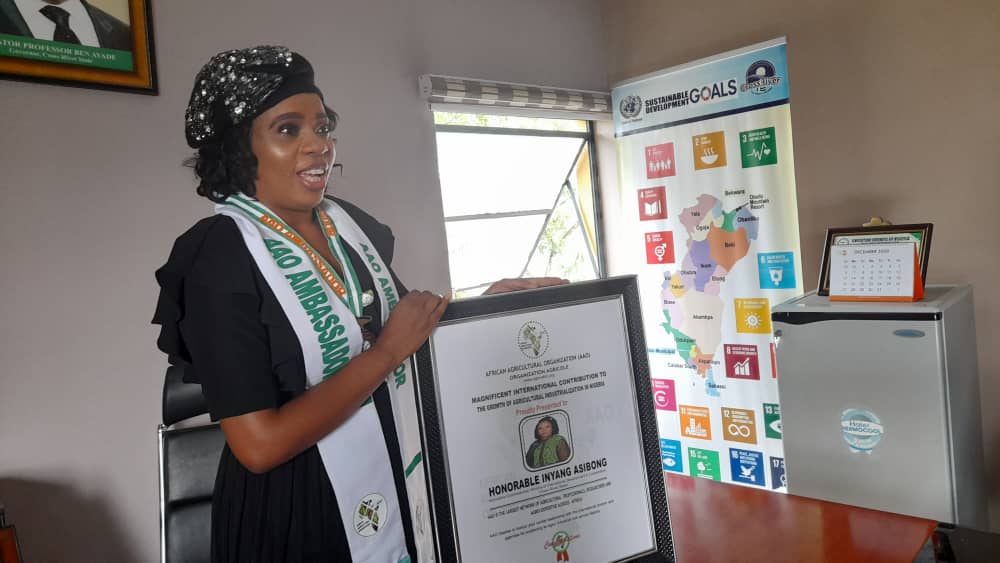