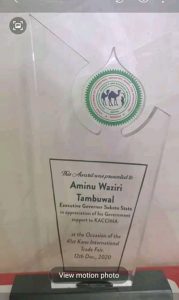 Kano State Chamber of Commerce, Industry, Mines and Agriculture (KACCIMA) has recognized the efforts of  Gov Aminu Waziri Tambuwal of Sokoto State in assisting and sustaining Medium and Small Scale Enterprises (MSMEs) in his state.

The governor was presented with the honor by KACCIMA, which also expressed its appreciation for his supporting it.

The award was presented to Governor Tambuwal at the 41st Edition of Kano International Trade Fair holding in Kano.

Represented by the Sokoto State Commissioner for Commerce and Industry,  Bashir Gidado Jegawa, Gov. Tambuwal re-echoed the long standing symbiotic trade relationship between Sokoto and Kano people, especially in the areas of commerce, scholarship and interactions between the  traditional institutions of the two historical cities.

According to the governor, his administration has recorded modest achievements in the areas of supporting the establishment and nurturing of MSMEs as well as businesses and industries operating in Sokoto State.

“These include provision of industrial land with infrastructure,  disbursement of over N3 Billion interest -free loans to the business community, establishment of a One-Stop Shop for business registration, certification, provision of permits, advisory services and tax collection,” the governor said.

He also enumerated the rejuvenation of Sokoto Investment Company, restructuring of the State Board of Internal Revenue, creation of Small and Medium Enterprise Development Agency (SOSMEDA) and the Sokoto Geographic Information Systems (SOGIS).

Tue Dec 22 , 2020
Share This I’M NEGATIVE TO COVID -19 – Governor Tambuwal. By: Admin. It can be recalled that I have gone into self isolation due to my close physical contact with personalities, who have tested positive to Covid 19 during my recent official trips. During my isolation, I have subjected myself […] 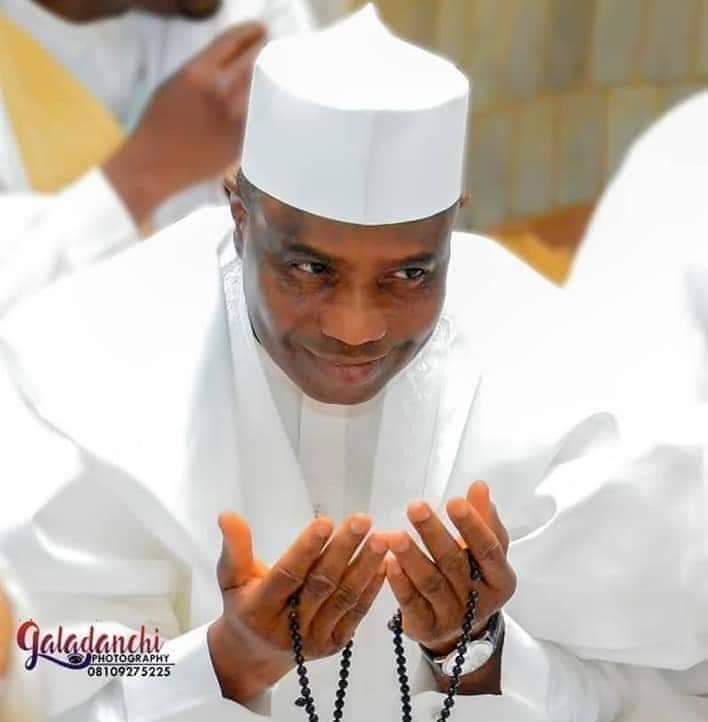