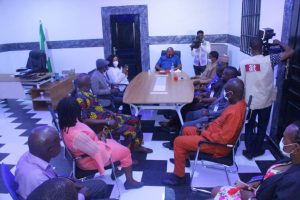 As more Local Government Areas key into the drive to strengthen the Health sector at the grassroots, the Abi Local Government Area Chairman, Hon. Faraton, has pledge the commitment of the council to improve Health Care in the LGA.
This pledge was made when the Commissioner for Health and Her team arrived Abi for Training of Ward Development Committee members and health care workers, as well as sensitization and sample collection for COVID -19.
The Chairman who spoke for the Council thanked the Governor for appointing one of their best as a Commissioner for Health. He said her hard work has spared Cross River State the Head ache of an explosion of COVID-19 case or massive deaths. He noted that Abi has fully keyed into the health plans of the Government and he knows the health indices has started getting better. He promised to carry on the COVID-19 and other health promotions in the LGA, while mobilizations will state for the Ayade Care Scheme ( State Health Insurance Scheme) 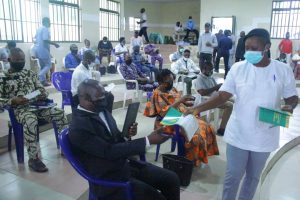 On Her part the Commissioner for Health and the Chairman of COVID-19 Taskforce in the State, thanked Abi Council for their support to the Health sector and the Administration of Sen Ben Ayade. She promised that the Eja Memorial Hospital will be fully renovated in the coming weeks as part of the preparations for the implementation of Ayade care, while the 10 selected PHC in the ward will be upgraded.
The Commissioner who stressed the commitment of the Governor Sen Ben Ayade to fully revamp the Health system, noted that everyone has a role to play in this drive. She inaugurated the Ward Development Committes in the 10 wards as part of the LGA surveillance team, charging them to be vigilant and look out for persons who might have signs and symptoms of COVID-19 and report to the LGA rapid Response team. She tasked them to ensure pregnant women do ante natal and deliver with skilled birth attendants to reduce maternal mortality. She encouraged them to report quacks in the LGA as a new Taskforce has been formed to wipe them out of our system.
Others on the Trip was Dr Ushie the SA on Health,  the Pillar Head of Risk Communication Pillar, Chief Surveillance officers, Facilitators etc who carried out the various trainings for Health workers and ward Development Committees.
Present at the Council to receive the Commissioner was the Council Chairman, Secretary of Council Hon. Prince Henry Eyong, the 7 Supervisors, PHC Directors and others.

WORLD PHARMACIST DAY: CRSG CALLS FOR CORROBORATION WITH PHARMACISTS IN THE FIGHT AGAINST QUACKERY AND FAKE DRUGS.

Tue Sep 29 , 2020
Share This By: Admin. Cross River State Commissioner for Health and Chairman of COVID-19 Response Taskforce, Dr Betta Edu on Saturday during health awareness walk to mark the 2020 World Pharmaceutical day charged Pharmacist to light up the research light on Covid-19 vaccines and drug development as the health sector […] 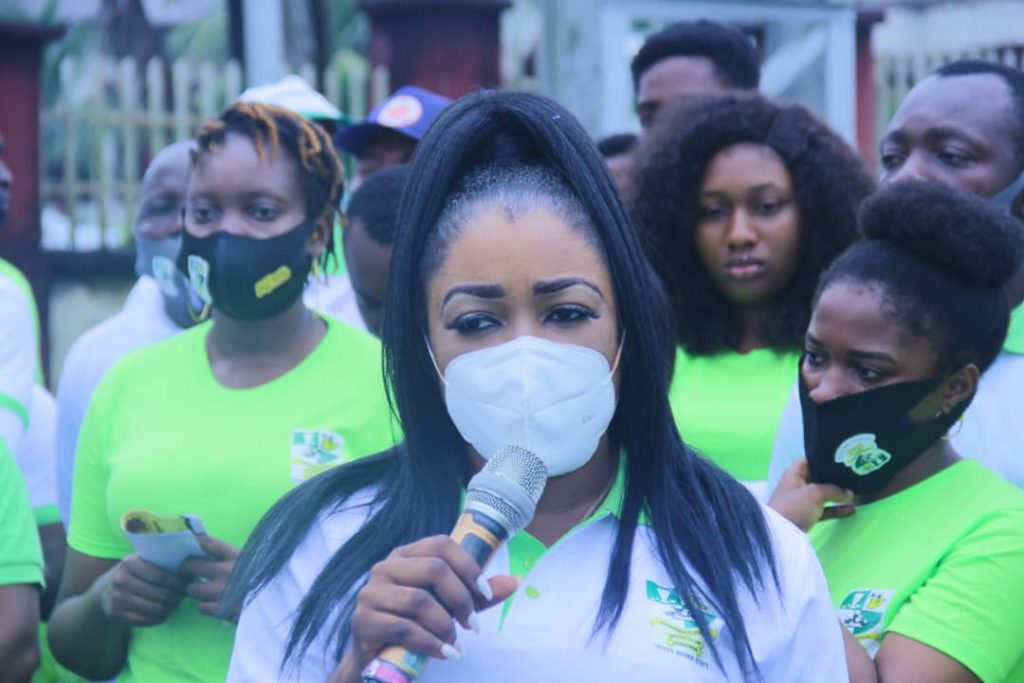