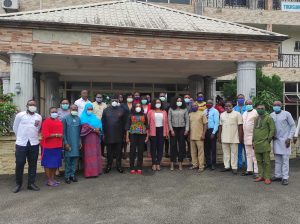 The Cross River State Government has flagged off the training exercise for enumurators, who will go into the field for health facilities assessment, as the State gets ready to access the Basic Health Care Provision Funds, aimed at capturing and enrolling 700,000 vulnerable people across the 18 Local Government Areas of the State, to access free quality health care services in the state.
Flagging off the training exercise in Calabar the Cross River State Capital, the State Commissioner for Health, Dr Betta Edu urged participants to pay attention to the rules and guidelines surrounding enumurations, mapping and facility assessments.
Dr Edu who said among other benefits, the scheme will help cushion the hardship faced by households when accessing Healthcare services.
She further charged enumurators to be guided and perform task with all sense of sincerity and levels of integrity as she said if proper information are not generated and laid down task accomplished, it could expose all Cross Riverians irrespective of their social and political class to poor and ineffective healthcare supply. 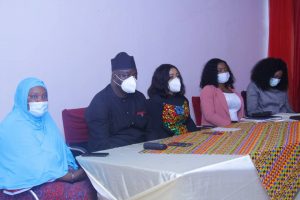 Speaking earlier, the Director General of the Cross River State Primary Healthcare Development Agency, Dr. Janet Ekpenyong applauded the facilitators of the exercise, as she encouraged the participants to tap from their wealth of experience and technicalities to ensure that Cross River State achieve maximum results in its quest to achieving Universal Health Coverage Status.
Dr Ekpenyong further applauded the state Governor, Senator Ben Ayade for his huge investments in the health sector which she said has helped in reducing maternal and infant mortality and strengthening the believe system among Community members to seek supports for their health challenges in Government owned facilities.
On his part, the Director General of the Cross River State Health Insurance Scheme, Chief Goddy Iyala said his Agency is poised to support all Agencies of Government both within the state and outside the state to ensure that success is achieved.
He further called on transparency in obtaining data from relevant bodies which will aid planning and implementation as he said the Cross River State Health Insurance is one of the pioneer Agencies in the country to start enrollment and as such a reliable gateway to obtaining results.
Facilitators from the National Primary Healthcare Development Agency as well as the National Health Insurance Scheme applauded the State Government for prioritizing healthcare for it’s citizens as well as setting the template for other states to follow. 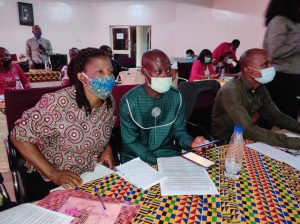 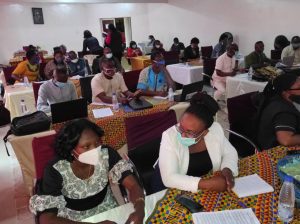 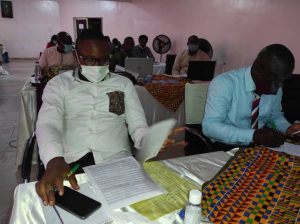 Participants which include Monitoring and Evaluation Officers were drawn from the State Ministry of Health, the State Primary Healthcare Agency and the State Health Insurance Scheme are expected to be taught various methods of Facility rating using the Open Data Kit (ODK) to ascertain the quality of services being offered in each facility both in terms of client’s convinience, numbers of staff as well as a step down training for ward and Community leaders.
The Basic Healthcare Provision Fund was borne out of the 2015 National Health Council meeting which stipulates that 1% of the Nation’s consolidated revenue should be ermarked to boost Healthcare services in States across the country.
The program is aimed at providing succor to the Vulnerable including the Aged, Pregnant Women and children under the age of 5, poor Households and low income earners with the sole target of all states contributing to Nigeria attaining the universal Health Coverage Status.
With the Government of Senator Ben Ayade meeting all the criteria for accessing the said funds, through the payment of counterpart funds and building standard Health Facilities, the training of enumurators and capacity building could just be the icing on the cake for the state to join other states in benefiting from the reserved funds which will not only help remodel some of our health Facilities but as well help in drugs stocking and the hiring of health workers to meet the growing population.

Wed Sep 16 , 2020
Share This By: Admin The Legal Adviser of Obanliku Local Government, Hon. Barr. Amawu, Benedict Obuo, felicitate with the Executive Chairman, Evang. Hon. (Mrs) Margaret U. Inde, as she marks her 100 days in office. According to Barrister Amawu, “Madam, you’ve shown sterling leadership and departure from the past. Your […] 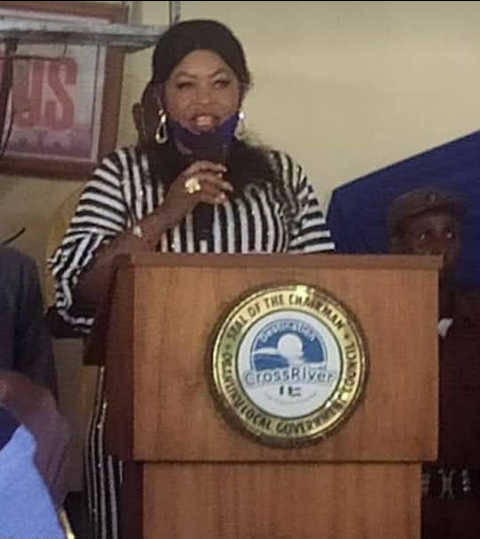