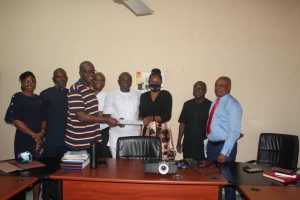 The Road map to  develop public finance management in Cross River State using accountability and transparency as an instrument recieved a boost recently as the Government successfully handed over installation and sign-off documents for the State Integrated Financial Management Information System (SIFMIS) to the Joint Venture Partners who partnerd the State Government in executing the Project.
According to the World Bank, the project shows that the finance legislation and the state audited account was satisfactorily done and this has put Cross River State above it’s peers.
Speaking at the handing over meeting held in the Conference Room of the State and Local Governance Reform (SLOGOR) Project in Calabar, the State Commissioner for International Development Cooperation, Dr. Inyang Asibong, expressed excitement at the completion of the SIFMIS in the State, noting that the project will put Cross River in good stead, especially in the area of public finance management and fiscal responsibility.
Dr. Asibong lauded the State Governor, Sir Ben Ayade, for his political will and tremendous support which provided a soft landing for the execution of the project in the State. She posited that just like the plethora of giant strides recorded by the Ayade-led administration, SIFMIS is yet a major feat of the present Government of Cross River State.
The Coordinating Commissioner also heaped praises on the European Union and World Bank for respectively supporting the State and Local Governance Reform Project, quipping that through its programmes and projects, SLOGOR has enhanced efficiency and best practice in governance in the State.
Also speaking, the Accountant-General of the State, Sir Joseph Adie, averred that with the SIFMIS Project now fully in place, public finance management has gained a quantum leap that will boost output/input for the betterment of governance in the State.
While Mr. Rotimi Olugbohungbe, who spoke on behalf of the Joint Venture Partners, thanked the government and stakeholders for the massive support they received in the course of executing the project in the State, assuring that in line with their contractual obligation, the Joint Venture Partners will remain available and will continue to support the project and its end-users.
The acceptance criteria were: validity of system recorded transations; Accuracy of System generated reports; and Successful Integration and Interface push of both Chart of Account Data and Actual Transactions from Oracle E-Business Suites to Oracle Hyperion
The Installation Certificate and Acceptance Form, signed on 13th June, 2019 and 31 July, 2020, respectively, were presented by the Commissioner for International Development Cooperation, Dr. Inyang Asibong and the Accountant-General of the State, Sir Joseph Adie, in company of the Quality Assurance Consultant of the National Project Coordinating Unit, Mr. Alhassan Bangura, the Project Coordinator, Mr. Joseph Imbufe, and other State Project Coordinating Unit, to representatives of Counterhouse Consultants Limited/TransSys Solutions DMCC/ E-Sense Technology Solutions as Joint Venture Partners for the Project.

MIDC TO PARTNER CIVIL SOCIETIES AND OTHER NGO's FOR PUBLIC SERVICE ENGAGEMENT-DR. ASIBONG. 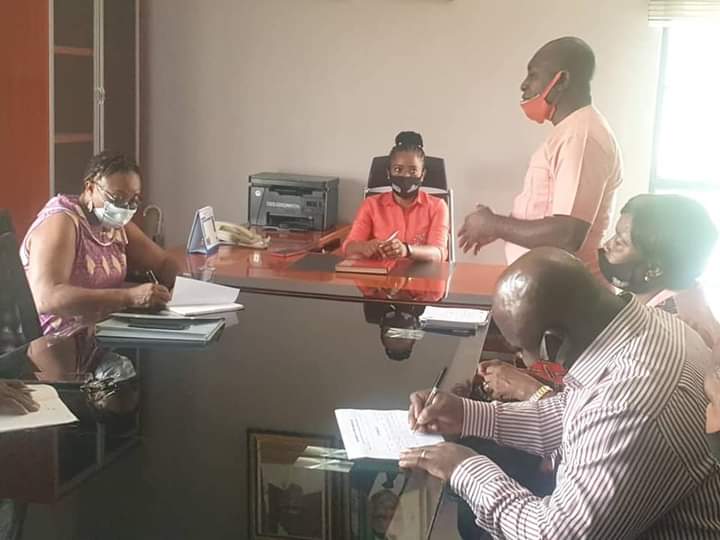