Skip to content
Share This
By: Ikechukwu  Eze.
Former President, Goodluck Ebele Jonathan has disowned an online statement credited to him concerning the relationship between the South East and the people of the Niger Delta, describing it as a fabricated speech.
The report claimed that the former President spoke on the position of Niger Delta over agitations for Biafra in a speech he presented recently in Texas, United States.
However, a statement signed by his Media Adviser, Mr. Ikechukwu Eze, on Saturday described the report as false, declaring the former President couldn’t have presented the purported speech because neither did he travel to the United States nor send anybody to represent him at the unnamed event.
Eze who noted that it was the second time in three years that the former President would be issuing a disclaimer on the purported speech,  blamed the development on the effort of some unscrupulous criminals out to tarnish the image of Dr. Jonathan.
He wrote: “Our attention has been drawn to a fake story with the title ‘Why Niger Deltans don’t want to be part of Biafra’ currently circulating online and purported to have been taken from a speech allegedly presented by former President Dr. Goodluck Jonathan at an unnamed event in Texas, United States.
“The story which is being recycled in some online platforms claimed that the former President allegedly spoke on the relationship between the people of the Niger Delta and South East  states while addressing the broader issue of agitation for Biafra.
“We thought we had finally dealt with the issue of this falsehood with our timely and well publicised disclaimer, soon after the supposed speech first surfaced online in 2017. However, it beggars belief that the same jejune and disastrous effort at speech writing, hatched by some yet-to-be-identified shady character, is again being served to the social media public as a fresh dish.
“We want to clearly state, as we did in 2017, that there was no such event involving the former President and that Dr. Goodluck Jonathan will never present such a sloppy and hate-filled speech.
“We note that the false report is the same old statement that was first put out about three years ago by some unscrupulous elements. Now and as then, it began this way: “Former President of Nigeria, Goodluck Ebere Jonathan yesterday delivered a lecture at Texas, United States…”.
“We recall that when the purported speech was first published in 2017, we dismissed it as pure fiction because, unknown to the authors, they made the claim at a time when the former President had neither been to Texas since leaving office in 2015, nor been invited to any speaking engagement in the US State. Our disclaimer which was issued on October 13, 2017 was published then in many newspapers.
“That this odious concoction has not only resurfaced as a new document but continues to spread in May 2020 shows to what a sad extent the fake news and bizarre hoaxes industry is gaining ground in our public space.
“It makes it even more distressing that such a poorly conceived dithyramb and the obvious falsehood around it,  could receive any attention from discerning Nigerians. For instance, this is a speech that was purportedly presented in Texas, United States, but nothing was said about the actual date, venue, organisers and purpose of the event.
Does it also make any sense that the former President would be assumed to have travelled to the United States to present a speech, at a time when airports are shut and public gathering banned across the world on account of Covid-19 pandemic?
“We can only reiterate as we did in 2017 that this falsehood serves no purpose other than probably massage the ego of the faceless writer.
At a time like this, Nigerians have more important things competing for their attention than waste their data on the hackwork of a fraudulent wannabe speech writer who thinks nothing of the criminal implication of attributing his duplicitous diatribe against a people to former President Dr. Goodluck Ebele Jonathan.”
–

Wed Jun 17 , 2020
Share This By: Admin. United State Government on Tuesday through her Ambassador Mary Beth Leonard joined Executive Governor Benedict Ayade to virtually commission an upgraded Emergency Operations Center (EOC) for Cross River State, which has been equipped with support of the American people to track and control the spread of […] 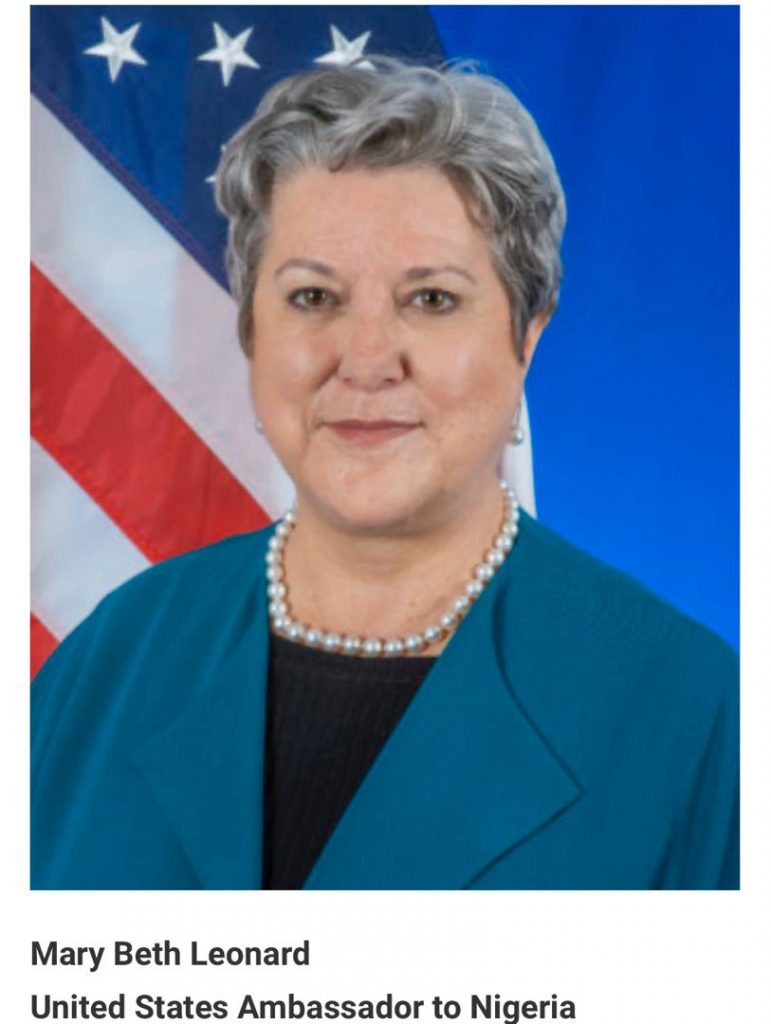