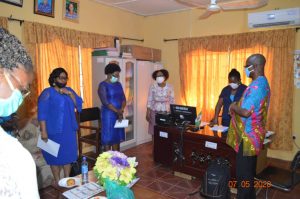 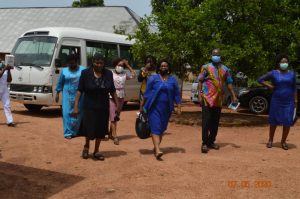 In pursuance of the mandate on the Committee by His Excellency, Sir Sen Prof Ben Ayade Ksji to ensure full accreditation of all health training institutions in the State, the Committee embarked on a preliminary visit to School of basic Midwifery, Obudu for needs assessments coterminous with the professional mandatory minimum requirements for the attainment of the aforesaid goal of obtaining full accreditation status by the school.

Arising from the visit and sacrosanct with the tenets of hegemony put in place by the people-oriented Governor and son of the soil, the Committee reached out to stakeholders and traditional rulers of the area in tandem with the principle of community partnership in maintenance culture of all community based infrastructure.

Acting in the capacity of a liaison officer for both the Committee members and the stakeholders, a former Secretary of the erstwhile CRS Board of Nursing and Midwifery and former Principal of the School, Dr Mrs Victoria Undeshi introduced the Clan head of Abonkib, Obudu urban 1, HRH, Utsu Augustin Ikashi and other Royal highnesses present as well as representative of the Igbo community, the transport organisation, the Hausa community in Obudu amongst others after which the Committee Secretary, Sir Chief Aji E. Eko Ksji introduced Committee members and the tutors from the school.

The meeting which was an interactive session witnessed the opening remarks of the Committee Chairman, Deaconess Mrs Abasioffiong Offiong who applauded the traditional rulers and other stakeholders for their steadfastness in ensuring that government health institutions cited in their areas receive community based attention. She extolled the sterling qualities of His Excellency, Sir Sen Prof Ben Ayade Ksji, the people’s Governor and the grassroot frontier of health sector, Dr Betta Edu in the strive to leave no stone unturned in the realization of the global ideology for universal health coverage and the need to overhaul the health industry to meet up with the standards expected of Cross River State. She therefore informed stakeholders of His Excellency’s intention to upgrade all such health training institutions beyond their present statuses and sued for their collective efforts at supporting their son, Sir Sen Prof Ben Ayade Ksji in the realization of this lofty stride. Buttressing further, she informed stakeholders that for the goals to be achieved, all hands must be on deck in support of His Excellency’s drive.

Other members of the Committee who applauded the commitment of stakeholders at achieving greater heights in these pursuits were Mrs Jane Eneregbu and Barr Mrs Bridget Ganyi.
Responding, the stakeholders assured the team of their support which is borne out of passion to support their son, whom God has sent at a period like this to salvage to great People of Cross River State. Sir Sen Prof Ben Ayade Ksji to save the people from preventable diseases through training of Human Resource for Health considering the effects of the ravaging global covid-19 pandemic. They therefore promised to assist the team and indeed the government by visiting other stakeholders at Abuja and in diaspora at the end of the pandemic for sensitization and advocacy so that whatever is realized could be used to support in block work of the school’s Administrative block, proper construction work in the School’s laboratory, borehole drilling, and drainage
Contributing further, the representative of the Hausa community in Obudu, thanked His Excellency and promised to liaise with his friend who works with TETFUND at the end of the pandemic to identify what project to assist the school with.

The 7-point agenda by the regulatory body, Nursing and Midwifery Council of Nigeria (NMCN) were applied to assess the level of preparedness by the School. Areas of deficiency in terms of human and material resources identified as gaps were stressed out by the Committee and some staff assigned the responsibility of ensuring that those that can be handled with minimum cost by the school were completed within a time frame of two weeks when the Committee shall revisit while those that shall require government intervention shall be compiled by the Committee and presented to appropriate authorities considering the shortness of time before the visit by NMCN in June, 2020. 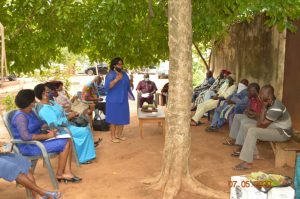 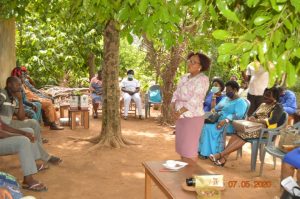 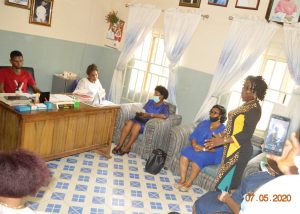 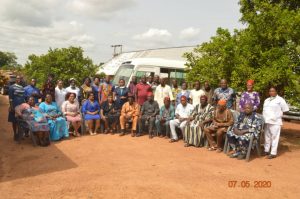 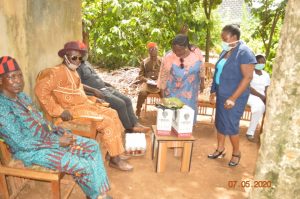 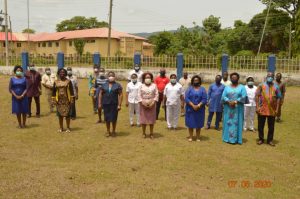 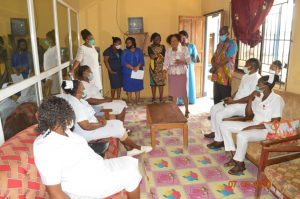 Sat May 16 , 2020
Share ThisBy: Ikechukwu  Eze. Former President, Goodluck Ebele Jonathan has disowned an online statement credited to him concerning the relationship between the South East and the people of the Niger Delta, describing it as a fabricated speech. The report claimed that the former President spoke on the position of Niger […] 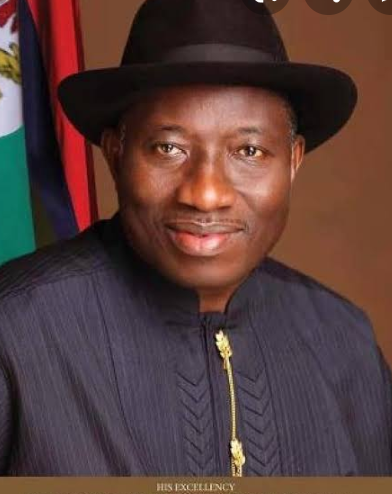