The Cross River House of Assembly has adopted a resolution granting approval for the regulation of the State Lottery Board as well as the State Scrap Regulatory Agency.

The House adopted the resolution following the report of the Committee on Finance and Appropriation presented at plenary by it’s Chairman, Hon. Sunday Achunekang representing Obanliku State Constituency.

Achunekang recalled that the House had earlier received a request from the State Commissioner for Finance, Mr. Asuquo Ekpenyong Jnr asking for approval of regulation in line with provisions of some legislation including the State Lottery Board Law 2017 and the Scrap Regulatory Agency Law 2017, adding that his Committee reviewed the provision of the extant legislations on whose pivot the regulation were proposed.

According to Achunekang; “different electronic based games, online games, betting shops and all sorts of digitally controlled and GSM games and betting sites exist in Cross River State” adding that, these proposed regulations are needed to control and monitor the sector to enable Government generate revenue.

The Lawmakers after deliberating on the report, adopted the Committee’s recommendation in a motion moved by House Leader, Rt. Hon. Peter Odey and seconded by his Deputy Rt. Hon. Fred Osim.

Fri May 15 , 2020
Share This By: Admin. PRESS STATEMENT BY DR ALEX EGBONA (REP, ABI/YAKURR FEDERAL CONSTITUENCY IN THE HOUSE OF REPS) IMMEDIATELY AFTER THE ELECTION PETITION TRIBUNAL DISMISSED THE PETITION FILED AGAINST HIS ELECTION BY MR JOHN GAUL LEBO….ON FRIDAY, MAY 15, 2020. On January 25, 2020, the people of Ekureku(Wards 1and […] 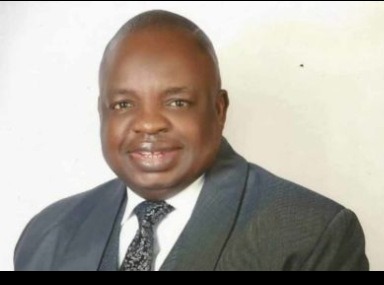