Skip to content
Share This
By: Akpo, John U.
THE DEATH OF HIS HIGHNESS SP AMAWU  GABRIEL, OBUDU DPO, A LACUNA IN THE SECURITY ARCHITECTURE IN OBUDU LGA.
While the people of Obanliku continued to cry for what they described as sheer wickedness in the highest order, that a DPO who is trained, experienced and knows the onus of his profession was murdered in his office left many worried and perplexed.
This was a man whom upon his arrival in Obudu as the  DPO in charge, the crime rate drastically reduced, peace, security and normalcy was enjoyed by residents of the LGA, courtesy Supol Amawu Gabriel.
Obviously, all lover of justice and peace are trusting God through his mercy and wisdom will help in unraveling the penetrators of this barbaric act and justice will take it’s course.
DPO Amawu Gabriel, your exit has done us a great harm, your proactive nature to distress calls, and timely response to crime scenes, your way of intelligence gathering and countering assaults, ability to detects truth in almost all the cases brought before you made you outstanding, just know that, you will forever be remembered, that a man from the hills of Obanliku once brought peace and security to Obudu LGA.
It is no longer business as usual as the residents of Obudu can’t no longer sleep with there two eyes close. If you were alive, a 14 year old brilliant girl, Favour, whose destiny was abruptly cut short by armed rubbers would have been preserved, this is amongst other cases of death and rubbery attacks on residents.
May the soul of DPO AMAWU and
FAVOUR fine rest in the Lord.

Fri May 1 , 2020
Share This By: Richard F. Inoyo. Country Director, Citizens Solution Network. Without the pleasure of sounding controversial_ it is important to state that the first Prime Minister, Nigeria ever had in the person of Sir Abubakar Tafawa Balewa was murdered by a fellow Nigerian on Nigerian soil. What is even […] 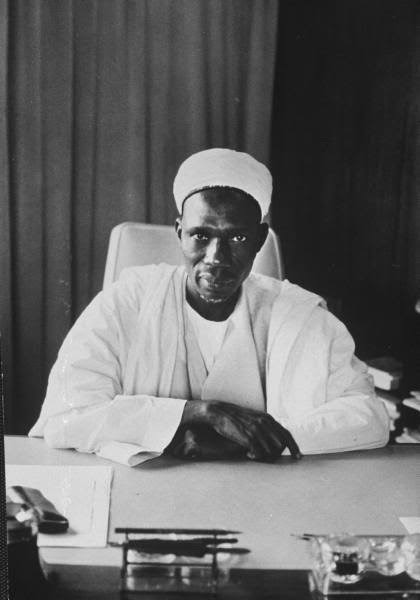