Skip to content
Share This
By: Admin.
The Cross River State Government called on the Federal Government and the National Centre for Disease Control (NCDC) to stop the neglect on some states, decentralize response and honestly support states on a case by case basis as no one size fits all!
The State Commissioner for Health and Chairman, Covid19 Taskforce, Dr Betta Edu stated this in Calabar on her routine weekly briefing on the state of affairs and the State Government’s commitments towards curtailing the spread of the novel Corona(COVID-19) across all 18 Local Government Areas of the State.
Dr Edu said, as of Wednesday April 29th, only 50 testing kits were received in the State which is inadequate and grossly inappropriate for a State with a population size of over 4.5 million inhabitants and no other support  except few materials like 200 PPE, 4 dead body bags, 4 rubber boots which she referred to as a joke.
She further condemned  National Centre for Disease Control for accusing States with COVID-19 free status like Cross River, stating that the federal Government should do all within its powers to ensure states stay COVID-19 free rather than negatively forecast cases and pressure states to record at least one positive case at all cost. She insisted that there can be States in a nation and countries within a pandemic ravaged continent that wouldn’t record cases. We have sent all samples of cases that meet criteria and if the cases return as negative we can’t force it. She cited examples with Lesotho and South Africa where one is COVID-19 free and the other with frightening figures even though they are both in the same geographical space.
She however seek for a review of palliatives and supports being offered to States as she noted that all States are not on the same stage and no one size fits all, as those with cases should be offered curative materials while those without incidences yet should be supported to maintain such free status and develop their economy.
“We have heard that we have not tested enough, we can’t exhaust the 50 sample collection kits given to us on cases that do not meet the criteria, we have been forced to carry out tests even in the University of Calabar Teaching Hospital on a patient you who doesn’t even meet the NCDC criteria , and the result came out negative, since NCDC do not grant permission for the use of other local sample collection kits, we must manage the few we have until other consignment are received”.
On the order of preferences by States seeking intervention, Dr Edu admonished the Federal Government to begin to think about the post COVID-19 era emulating the actions of the Cross River State Government and the innovative nature of Senator Professor Ben Ayade.
“In Cross River State, we don’t need Ventilators now, we don’t need dead body bags, we don’t need rice or pasta, my grand mother in the village won’t eat macaroni, what we want now as a State is to secure our borders, manning security men in all our interstate and international borders to prevent the influx of people especially the over 50,000 persons struggling to come in from southern Cameroon as refugees, we are already thinking about the post COVID-19 era, our Government have invested into agriculture, the Rice seedling to farmers, our Garment Factory is working, what we need is for the Federal Government to set up a vaccine manufacturing factory, buy our seedlings and distribute to other States and order nose masks for the nation as well.
We can produce millions of these nose masks if only the Federal Government will support us.
Our Governor, Senator Professor Ben Ayade has already given out 50 vehicles to secure our borders but that is not enough for now with the 500 million Naira injected to fight the pandemic, the free 1 million distribution and compulsory use of nose mask by all citizens and the employment of 8,000 youths to check youths restiveness this period the government should be commended not criticized”.

DEATH OF SP AMAWU, DPO.  OBUDU, A LACUNA IN THE SECURITY ARCHITECTURE IN OBUDU LGA.

Thu Apr 30 , 2020
Share ThisBy: Akpo, John U. THE DEATH OF HIS HIGHNESS SP AMAWU  GABRIEL, OBUDU DPO, A LACUNA IN THE SECURITY ARCHITECTURE IN OBUDU LGA. While the people of Obanliku continued to cry for what they described as sheer wickedness in the highest order, that a DPO who is trained, experienced […] 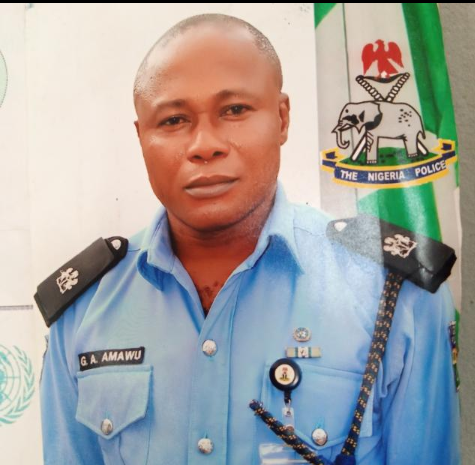