Skip to content
Share This
By: Admin.
The No Mask, No Movement in Cross River State enforcement, yesterday at Ekpo Abasi, Calabar South, recorded a sad and mismanaged situation by men of the Nigerian Police Force from the Mbukpa Division, led by one Inspector Ugbe, who assaulted Comrade Andy Mba, a Journalist and Co-Host of The Verdict, a Political Programme on FAD FM 93.1, Calabar, for no justified course.
According to Comrade Mba, he had alighted from a cab and his nose/face mask had fallen off to the ground. Hence, very unhygienic, he decided to get a new one from the nearest Pharmacy, only for him to be accosted by the Police and humiliated, even having explained to the team, reason for not putting on his mask at that particular moment.
His story thus:
I got to Ekpo Abasi around 11:30Am, having spoken with the driver, and leaving off to go my way, my mask fell down. I picked it up but didn’t wear it again.
I crossed over to buy a nose mask by the shop along Crutech,
“come here”, someone in casual attire yeld at me.
Excuse me, I said; “I said come here”, he added,
I refused and moved on..then he added,
Police officers are calling you, then I relaxed and went to see them.
“Where is your nose mask”, I have it within, but it dropped to the floor, so consider it unsafe for reuse, so I’m looking out for a pharmacy within to buy another one.
“Sit on the floor inspector Ugbe again yelled at me”. what! I exclaimed, by this time, I was seriously harassed and I’ll treated. Officer, I’m a Nigerian, if I understand what you’re doing , you’re enforcing the use of nose mask to prevent circulation of COVID 19, with this effort goes with social distancing, even the governor said so. The distance between me and you right now is less than 1 meter, but over 10 meters away from the closest person to me in front and behind.
Secondly the law has not asked you to sit Nigerians down in public on account of this.
Thirdly, I am in possession of a nose mask, but  have need to change it. Why then wouldn’t you not let me buy a mask in 30seconds from this pharmacy where I was headed?
All that fell on deaf ears and he insisted I sit on the floor.
I refused and after a while I pulled out my phone to keep proof of this, so I sat down to video myself for proof; having insisted to this was unlawful, so I brought out my phone to do a video.
The Police  on noticing this attacked me and took my phone..took me  to the station (Mbukpa Divisional Police) and kept me there for hours.
This is unlawful and must be channeled through appropriate quarters until something is done about this, and this madness must stop.”
“We are Nigerians!”

Fri Apr 17 , 2020
Share ThisBy: Admin. The fight to ensure that Cross Riverians remains safe, sound, healthy and free of the Coronavirus Global Pandemic continues with various Organizations/Groups showing solidarity, love, and support for the Cross River State Government who is giving out palliatives to her citizens to help reduce the global effects […] 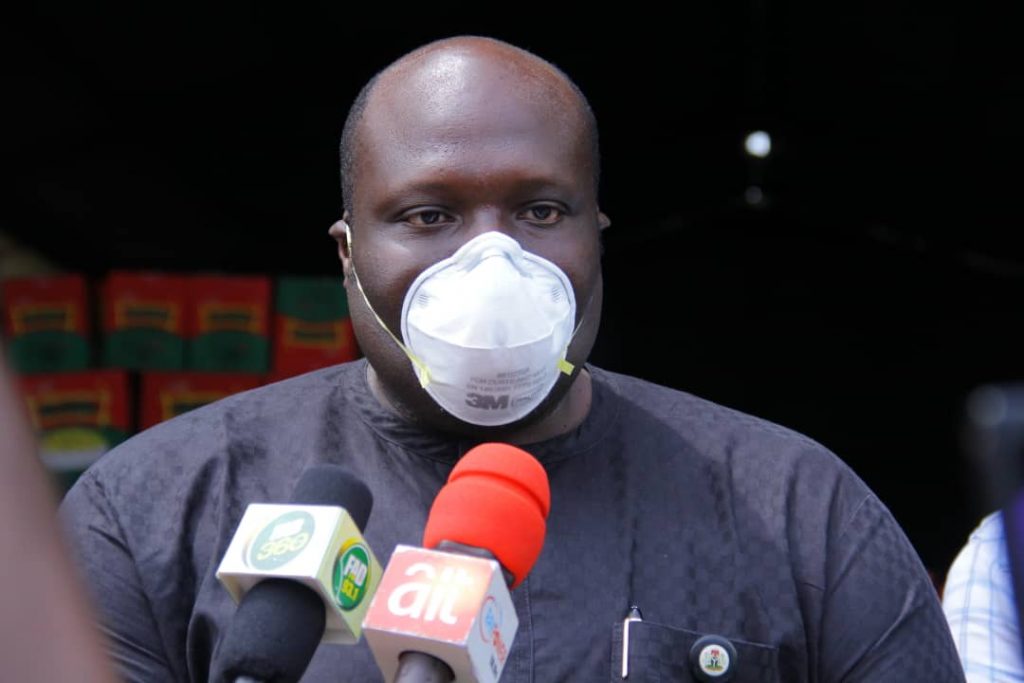