Skip to content
Share This
By: Emmanuel Etim (SSA)
On Creative And Knowledge Economy to Governor Ayade of CRS.
Recently, the visionary governor of Cross River State, Sen. Prof. Ben Ayade was given an award as the Independent Newspaper Best Governor Of The Year 2019 in the area of Agro Industrial Development. The governor received the award amidst great applause from citizens and his admirers.
His achievements in the area of Agro Industrialization are outstanding in Nigeria and indeed Africa and among other things, are born of deep vision. This treatise seeks to examine the power of this vision, his strides and the expected impact on the state’s economy of course  leading to its development.
Roy T. Bennett said and I quote “Leaders are limited by their vision rather than by their abilities.” This perhaps will guide us as I attempt to expound on one of the leadership qualities Sen. Prof. Ben Ayade has brought to bear on the governance of Cross River State in the past few years; Deep Vision.
According to the dictionary, vision is defined as the ability to think about or plan the future with imagination or wisdom. It is also said to be an idea or mental image of something. Without vision, nothing of essence can be attained.
Deep Vision is thus the ability  to see beyond the ordinary, beyond what is visible to the average person. It is important for beating a path to an outstanding future and crafting a plan for astounding state development. It is important for unveiling a society that offers the best standards of living for it’s people.
Tony Dungy puts it succinctly when he said “The first step toward creating an improved future is developing the ability to envision it.” The better the future one wants, the deeper the vision one must have.
The deep vision of His Excellency, Sen. Prof. Ben Ayade, the visionary governor of Cross River State is one quality that is changing the economic fortunes of the state and assuring us of a better future. The Agro industrial revolution born of this deep vision is increasing production, creating jobs and unleashing prosperity for the state.
The Agro Industrialization drive of the industrialist governor has birthed more than thirty industries in Cross River State and these are at various stages of completion and operation in the state. Indeed each of the 18 local government areas in the state has an industry focused on its area of competitive advantage with Calabar the capital having several at the industrial park.
Some of these industries include the Vitaminized Rice Mill in Ogoja, the largest rice producing Local Government Area in the region, the ultra modern Cocoa Processing Factory at Ikom Local Government Area,  which is at the heart of Cocoa production in Cross River State and the Organic Fertilizer Factory built for organic farm products in the state.
Others are the Cross River Garment Factory, the biggest automated garment factory in Africa, the Chicken Processing Factory, located in Calabar the state capital and is expected to process about 6,000 frozen chicken per hour and the toothpick factory, located in Ekori, Yakurr Local Government Area.
There is also the Calabar Noodles Factory located at the Ayade Idustrial Layout which will produce Calavita instant noodles in three flavours of Rice, Chicken and Suya,  the Cross River Rice Seed and Seedling Factory which is the first of it’s kind in Africa and the Sack Factory also located at the industrial park.
The Feedmill will produce feed for the ultra-modern integrated 20,000 birds per day poultry farm both which are located in Calabar, the state capital.  The Calabar Pharmaceutical Company is set to produce drugs for AyadeCare; the state’s free healthcare scheme.
To attempt to enumerate all the industries built by the Ayade led administration in the state will take not only the entire space but also time in this treatise. Suffice it to say that there are industries servicing every value chain and in every area that the state has comparative advantage.
All these industries when fully operational are expected to not only turn around the economy of the state but also wean the state off the dependence on monthly federal allocation. Thousands of direct and indirect jobs are being created already for the teeming youthful population in the state.
Governor Ayade has said in several fora that, for any state or nation that seeks to grow its economy and create jobs for it’s people, Agro Industrialization remains the key. This is the reason his deep vision for Cross River State was born.
There is no doubt that Cross River State is on it’s way to a phenomenal economic development born of this deep vision and this will change its fortune ensuring a better life and future for its citizens, thanks to the deep vision of His Excellency, Sen. Prof. Ben Ayade.
Let me end this with a quote from the Holy Book, Proverbs 29:18 says: Where there is no vision, the people perish. Thank God we are not a people destined to perish even as we work to accomplish our deep vision.

Tue Mar 10 , 2020
Share ThisBy: Richard F. Inoyo. Executive Director of Citizens Solution Network and CEO, Carthinium Group Ltd. “evil could be overcome, it was possible to build heaven on earth!” ..fifteenth-century millennial sects.. Throughout history, it isn’t uncommon to find strange prophecies that spread new kinds of worries that terrify those in […] 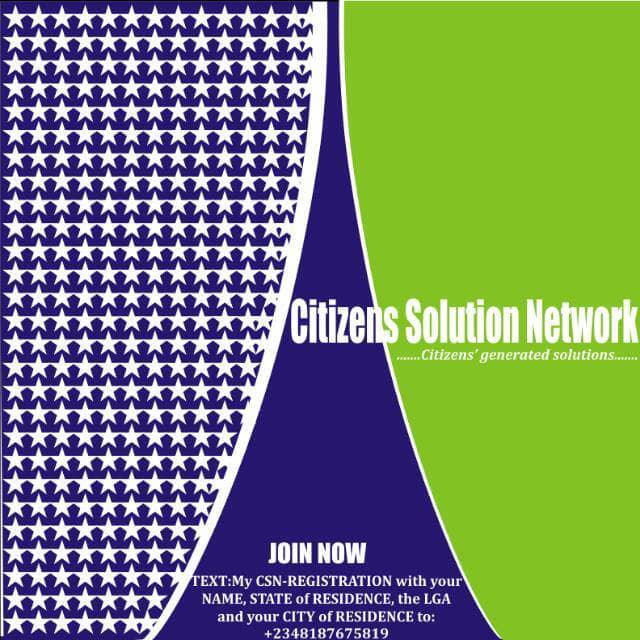