Skip to content
Share This
By: Richard F. Inoyo (CEO).
Carthinium Group Ltd.
& For: Civilian Council Citizens Solution Network.
Extremism in all its shades is dangerous, extreme tribalism builds ethnic tension and lay the foundation for tribal discrimination and ethnic cleansing.
~ Prof Paul Samuel~
Yesterday marks a new chapter in the history of Cross River State in general and the Nigerian Judiciary System in particular. With the rejection of the nomination of National Judicial Council in the person of Acting CJ  Mrs. Akon Ikpeme by the  Cross River State House of Assembly on the floor of the house on the basis that she is an Akwa Ibomite and not from Cross River State, a lot of questions have been foist to reappear prominently on the horizon of the Nigerian reality with deeper call for urgent answers.
First, while we are appalled by this development on the ground that this sort of tribal politicization of the judiciary system with an ethno-divisive underpinning shouldn’t even have occurred in 21st Century Nigeria in the first place; we are taken by sheered intellectual force to ask the following questions?
1. Does Cross River State exists in a different country outside Nigeria, where Akwa Ibom is not a member State?
2. On what ground should the Cross River State House of Assembly members, especially in the persons of Hon. Francis Akwaji of (Obudu Constituency) and Chris Ogar of (Etung Constituency) alongside 4 other members continue to earn and use tax receipts from tax-paying Akwa Ibomites and other Nigerians living in Cross River State to fund their salaries and allowances whereas they have shameless disregard against the sensitivity of all other law-abiding and tax-paying Nigerians living and contributing to the economical growth and development of Cross River State?
3. At what time did  the shameless hexagonal caucus within the Cross River State House of Assembly led by Francis Akwaji realise that exploring the sentiment of tribalism should be the basis for throwing due process to the wind and advancing parochial interest that promotes shameless tribalism and place Cross River State House of Assembly in bad light?
4. By virtue of this development, does that imply that all other law-abiding Nigerians living and doing business within Cross River State constitute security risk to Cross River State?
5. What now happens to Justice Mrs. Akon Ikpeme, is this an attempt to foist her to resign or make a junior judge to take her place?
6. Is this not an attack on gender equality and a war against the women community knowing that Justice Akon Ikpeme is a woman, in a State that prides herself as a state with the warmest welcome?
7. Are all these tribal nonsense and ethnic rascality being promoted linked to the rumour making the rounds that says that the Governor’s sister and some family members currently occupy and live in the statutory residence of the CJ of the State?
Let it be said that as we seek answers to these questions and demand the confirmation of Justice Mrs. Akon Ikpeme who has meritoriously served without blemish and emerged as the most senior judge deserving the position of the Substantive CJ, we call on the State Government, the leadership of the House of Assembly and Mr. Maurice Eneji to rise to the occasion to nip in the bud the current flame of tribalism (which is intra-racial discrimination) spreading through the state that is far worse than racism (inter-racial discrimination) which we all condemned as the likes of Martin Luther King Jr., Malcolm X and Rosa Park laid their lives to confront.
The entire population of Citizens Solution Network alongside its Elder and Civilian Councils consider this development as a bad omen and terrible precedence Cross River State is setting in our beloved country.
For we are of the view that as long as Nigeria exists, nobody should be victimised or discriminated against on the basis of his or her tribe and in event where some misled leaders feel the need to promote the evil of discrimination against any person or a group of persons on the basis of ethnicity, they should first call for the desolution and balkanisation of Nigeria and let every person go their way. Until then, no one, we repeat no one should dare promote ethnotribal stupidity.
Finally, let it be said as we condemn this in totality, we encourage the entire leadership of Cross River State to look far beyond this moment, because today they are in Cross River State, tomorrow they may wish to aspire for national elections and this ethnotribal darkness they are spreading for parochial gains will definitely hunt them.
From all of us, we say to the good people of Cross River State “Make hay while the sun shines” 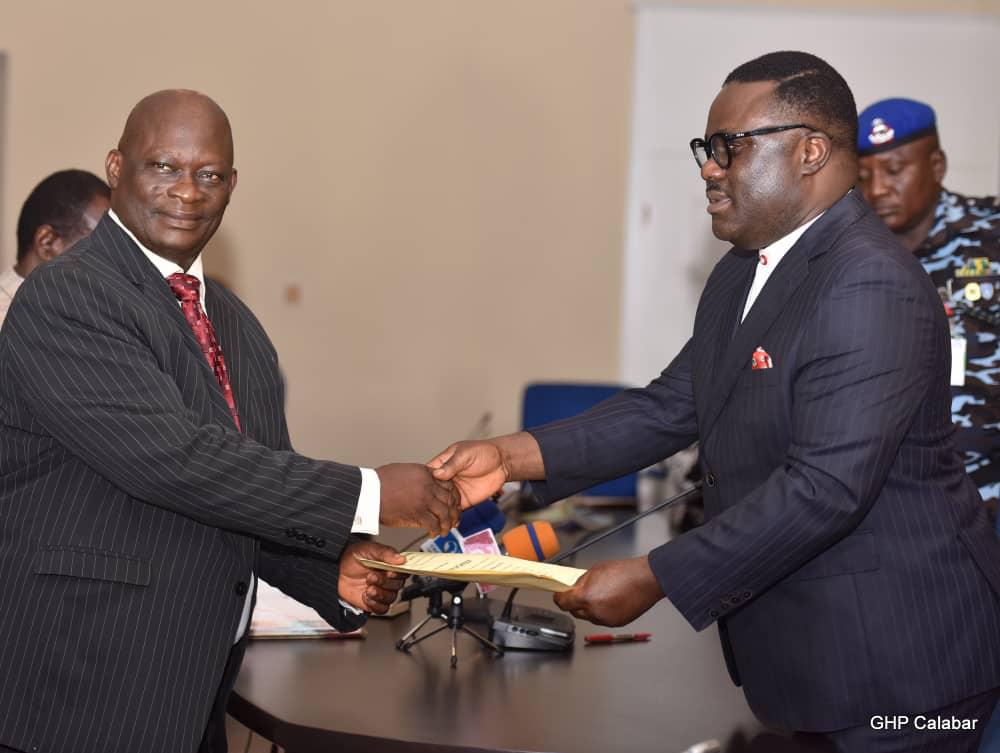