While commending the selection process, Ayade said the award over the years has proved its integrity, insisting that “if it was for the highest bidder, neither I nor Cross River would have been able to afford it, but because the management of the reputable newspaper chose credibility and performance above other considerations in its selection and nomination process.”

The Governor, while dedicating the award to the people of Cross River, however, re-assured of continuity in his performance, even as he disclosed that despite the lean resources of the state, payment of civil servants salaries and pensioners’ gratuity will continue to be top of his agenda.

“I have to specially thank you for finding my work worthy of this award as the Independent Newspapers Governor of the year. this clear that the management of the newspaper has been noticing my work and I believe that the analysis you made with reference to our agro-Industrialisation was very apt.

“Cross River State is the number thirty five out of thirty states of Nigeria in terms of Federal allocation. The state has a huge debt burden and it’s number four in terns of cumulative indebtedness.”

According to Ayade, “I came into office with so much pressure on my shoulders, but I had to focus on the people and I prioritized government as that of the people and for the welfare and security of the people as contained in section 14 sub section 12 of 1999 of Nigeria as amended.

“Given my background as a son of a civil servant whose father retired from Cross River State Water Board, it was clear to me that the salary of civil servants is the biggest Infrastructural project, biggest humanitarian project, biggest call to service and most constitutionally apt thing to do.”

The Governor said whether the state had money or not, with his combined efficiency of intellectual money, Cross River State will sustain the payment of salaries on or before 25th of every month.

The Governor assured that the Bakassi Deep Seaport and the super highway and other laudable projects will continue with intellectual and Green money.
Earlier in his remarks, The Chairman of Award Committee, High Chief Babs Alasa and the Managing Director/Editor-in-Chief of Independent Newspapers, Steve Omanufeme, lauded the governor for his developmental strides across the state.

They noted that the Industrialisation projects scattered across the state are already making Cross River a centre of attraction for both foreign and local investors despite it’s lean resources.
The team Commended Governor Ayade for effectively transforming Cross River into an agro-indusrtial hub of Nigeria even as he makes the welfare of the citizens paramount with regular payment of salaries and pensions.

The independent Newspaper Award ceremony will hold on March 7, 2020 at the Convention Centre of Eko Hotel & Suites, Victoria Island, Lagos, where Governor Ayade will formally be presented with the Governor of the Year Award 2019.

Thu Feb 20 , 2020
Share ThisBy: Hon. Austin Aidam.   FINAL WRITTEN ADDRESS………. By: KANU AGABI SAN.   There is no denying that this is a time of crises in our country. At this, of all times, our Supreme Court has been afforded this unique opportunity of allaying the fears of those who cast […] 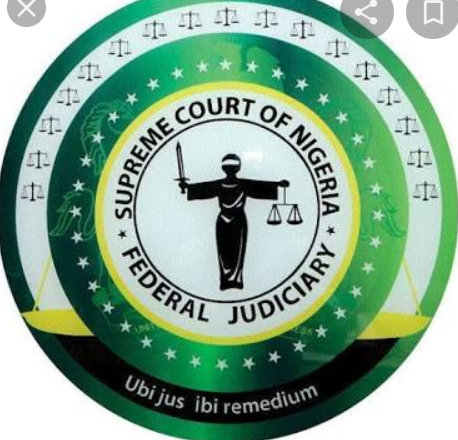