There is no denying that this is a time of crises in our country. At this, of all times, our Supreme Court has been afforded this unique opportunity of allaying the fears of those who cast aspersions on the credibility of our courts. Those who mean well for the nation will agree that we have here an opportunity for the Supreme Court to mitigate the rising unpopularity of our courts and to rehabilitate her damaged reputation and restore the good name of the judiciary by setting aside this judgment which seems to us to be a nullity. We may be quite wrong. In that case, please, forgive us. Your verdict in this matter should match the solemn oath you have taken. Remember that every decision of this honourable court involves the good name of the judiciary. Prove to the world that this court is sacred. Let your verdict help to retain the good graces of our people.

It is owed to the work of this Supreme Court that the nation continues to survive. It is that work that give us the confidence to present this application. That you are willing to reconsider your decision gives you honour and glory. We come before you firmly convinced that you will act in aid of the cause of justice. In this application we appeal to you, we urge you, we beg you to preserve the glorious reputation of this court. We appeal to you to prove wrong all those who have an evil opinion of our judiciary. Here is a great opportunity for your Lordships to act. Free the judiciary from suspicion. Give no one cause to despise our courts. Prove to the world that you are the equals of the courts of other nations. Remember always that as you sit in judgment over us, so the nation sits in judgment over you. And you should worry, not just over the judgment of this generation, but also the judgment of generations to come when none of us will be alive to defend our actions.

There is no doubting the fact that your Lordships, being human, will from time to time fall into error. Prove to the world that when that happens you will not lack the courage to correct yourselves. That is the unique opportunity that this case offers you.

The nation thinks well of your lordships. Prove to the nation that our good thoughts of you are justified and are well deserved. There is not upon this bench a single judge who has been disloyal to his oath or who has a bad reputation. Stand up for the judiciary and for yourselves. Stand up for truth. Stand up for justice. Stand up for strict and honest interpretation of the laws. Take that stand for which the nation can praise you and commend you.

The position that you hold demands that you do so. It is the great precedents that your Lordships have established that we appeal to you to follow. The nation expects you to deliver an honest verdict, a correct verdict. Prove to the nation that here in this Supreme Court a man or woman who has lost his rights will be given the opportunity to bewail it. What is at stake in this case is not only the right that the Applicants have lost but the good name of the judiciary as well. What we call upon you to do is nothing new. It is something that you have done times without number in the past. Those occasions that you reversed yourselves in the past were not more urgent than it is now. Never in the history of this court have your Lordships delivered a judgment which evoked the protest of the public. This one has. Therefore, we urge you, we appeal to you to take a second look at it.

Those who in their wisdom established this court made it supreme thus expressing their determination that litigation should come to an end. And so this court is supreme, as you have yourselves said, not because you are infallible but because your decisions are final. Whatever you say the law is that is what it shall be. And that is why your Lordships are ever so careful to ensure that your decisions stand the test of time and are not open to any justifiable condemnation or suspicion.

The just decisions of this Supreme Court immortalize your Lordships who deliver them. It is important therefore that you commit nothing to writing that generations to come, long after we are all dead and gone, will examine and criticize and condemn as unjust and unjustifiable. That has been the lot of the Athenian jury which condemned Socrates. That has been the lot of Pontius Pilate who, having found no guilt in our Lord and Saviour Jesus Christ, nevertheless ordered that he be crucified. It is precisely to save judges from that kind of predicament that the law allows them in appropriate cases to correct their own mistakes or set aside altogether decisions that are a nullity. It is that opportunity that we urge your lordships to take in this case and re-examine the judgment which we urge you to set aside on the ground that if you re-examine it dispassionately you will find reason to set it aside and thereby demonstrate to the world that you have courage to correct yourselves when you find that you have erred.

Your Lordships also declared as winner a man who prayed your Lordships to order a re-run election in all the 388 polling units where elections and results were cancelled or not declared.

Your Lordships ordered victory for a man who admitted under cross examination that in polling unit after polling unit, he awarded to himself more votes than the total number of registered voters in those polling units.

The judgment was obtained by fraud in that the votes upon which the 1st Respondent was declared as the winner of the election were in excess of the number of voters accredited for the election.

Furthermore, the judgment was given per incuriam in view of the 1st Respondent’s contention that the election was invalid by reason of non-compliance with the provisions of the Electoral Act 2010 (as amended) whereupon he prayed that a supplementary election should be held in the 388 disputed polling units where he claimed his votes were cancelled.

We respectfully urge your Lordships therefore to set aside the judgment in Appeal No. SC.1462/2019 and Cross Appeal No. SC.1470/2019 as prayed in our motion paper because as this Honourable Court rightly noted in ADEGOKE MOTORS v. ADESANYA (supra) “it is far better to admit an error than to preserve an error”. May it so please your Lordships.

Mon Feb 24 , 2020
Share ThisBy: Emmanuel Ulayi. “There is no religion greater than a stronger brother giving his weaker brother a shoulder to lean on. Health insurance speaks the humanity language… the strong covers for the weak in society; we all share the risk and share the benefits; while our people are protected […] 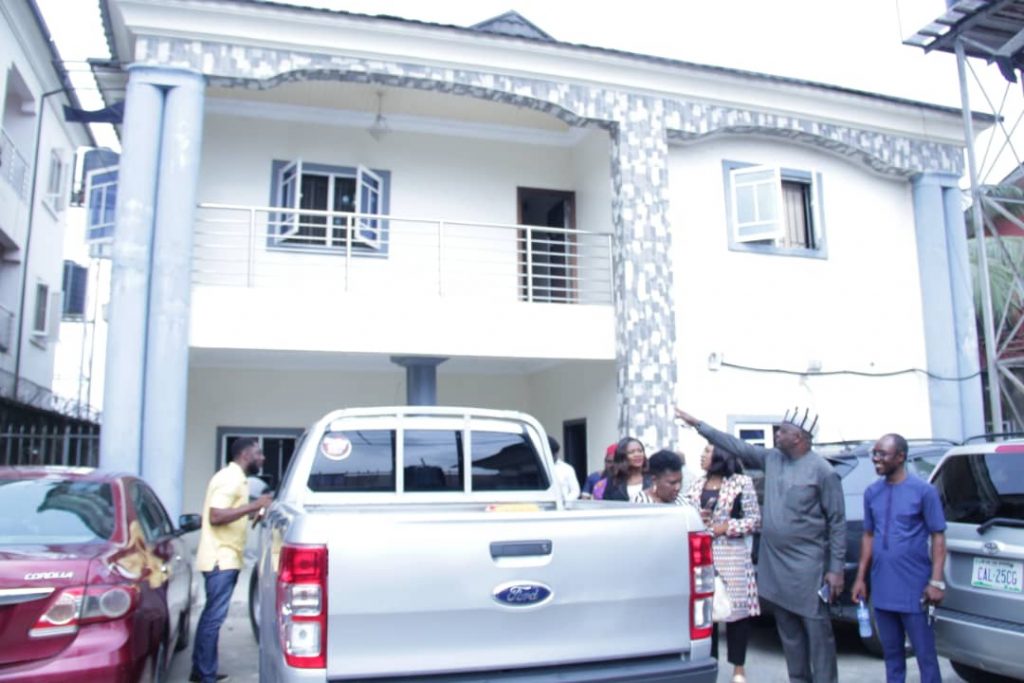