The United States Agency for International Development USAID, an Independent Agency of the US Federal Government responsible for administering civilian foreign aid and development assistance has congratulated one of their own, Dr. Inyang Asibong on her Appointment as Cross River Commissioner for International Development and Donor Cooperation MIDC while pledging more collaborations with the Cross River State Government.

Dr Asibong was specially applauded for her giant strides in the health sector. The organization revealed their current projects in the state to include working to improve the standard of living of Refugees, Gender Equity, Health Intervention and Child Support Services.

In a letter signed by Nnenke Etimita, a Senior RMEL Officer, the organization lauded the Cross River State Governor, Prof Ben Ayade for his visionary leadership and unprecedented achievements in all sectors of the economy while commending his efforts in creating a friendly environment for investment and partnerships in the state.
Mrs Etimita who decribed Asibong’s appointment as a round peg in a round hole assured Cross Riverians of the Commissioner’s capacity to transform MIDC in no distant time.

Responding, the Honourable Commissioner for International Development and Donor Cooperation, Dr Inyang Asibong welcomed the delegates of the organization and assured them of Government’s readiness to partner with both the public and private sectors including the NGOs in improving the living standard of Cross Riverians. The Commissioner promised to offer all the necessary supports, through the ministry for their continuous operations in the state.

Dr Inyang Asibong worked with the USAID/John Hopkins University Malaria programme between June and December 2019 before resigning to take up appointment with the Cross River State Government as Commissioner for International Development Cooperation after raising the bar in the Ministry of Health in the last Administration.

"OUR NATION IS LIKE A SHIP STRANDED ON THE HIGH SEAS, RUDDERLESS AND WITH BROKEN NAVIGATIONAL AIDS"... BISHOP KUKAH.

Wed Feb 12 , 2020
Share ThisBy: Admin. Homily of His Lordship Bishop Matthew Hassan Kukah at the Funeral Mass of Seminarian Michael Nnadi at Good Shepherd Seminary Kaduna (11th February 2020). We have gathered around the remains of Michael in supplication but also as solemn witnesses to the penetrating darkness that hovers over our […] 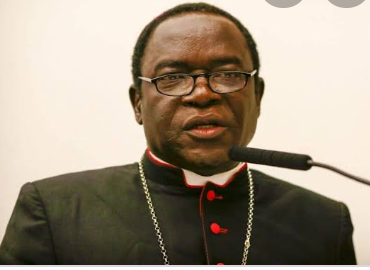