The 2020 World NTD day celebration, a yearly event scheduled for every 30th of January to help eradicate Neglected Tropical Diseases (NTD) has been celebrated in Okoyong Community of Odukpani LGA of Cross River State.

Cross River State is known to be endemic to several of this tropical diseases which tends to affects the poorest and marginalized population in both rural and urban settlements thereby causing several diseases like anemia, blindness, malnutrition and other life threatening diseases.

The chief host of the event; the honorable commissioner for health Dr Betta Edu, who has been driving a more robust strategy to end NTDs was supported by the DG CRSPHCDA Dr Janet Ekpenyong, the HOLGA of Odukpani LGA Mrs Opara, the PHC director Mrs Lizzy Bullem, the NTD State coordinator Mr Patrick Odo, the clan head of Ikot Effiong Otop Denuenuo Asuquo Effiong and a host of many other dignitaries, mothers, fathers and children of the host community.

After a welcome address by the HOLGA of Odukpani LGA Mrs Opara, who welcomed the commissioner to Odukpani and went further to thank the State Governor for his numerous contributions in the health sector and Hon Dr Betta Edu for her tremendous contributions and outstanding legacies she’s left so far in the health sector within and outside the state. The LGA coordinator for NTD Mrs Helen Ekpeme commended the State Government and the Health Ministry for putting in so much in the area of this neglected diseases as today over 820 communities in Odukpani LGA have been affected positively and over 2 million children and adult dewormed or treated already.

Speaking, the Commissioner for Health thanked his Excellency Governor Ben Ayade for his great leadership, strong political will, great efforts and achievements in the health sector. She went ahead to sensitize the host community on the causative agents, mode of transmission, treatment, targeted population and the preventive measures involved in Neglected Tropical Diseases. She elaborately carried out sensitization campaigns on Lassa fever, Corona virus, malaria and diarrhoea as the people of Odukpani were filled with joy and shout of praises for his excellency when she disclosed to them that CRS is Lassa Fever free.

Treatment is available, covering a population of about 2 million people in 820 communities. Preventive Chemotherapy is used as a mode of treatment in two phases, school based deworming (SBD) and Community based deworming (CBD). Treatment is done yearly through MAM involving teachers, health worker and CDDs.

Our target population is 5-14 years school children for SBD
5years and above for CBD
Those not eligible;
Children under the age of five (5)
Pregnant women
Lactating mothers within the first 7 days and seriously ill persons.

The DG CRSPHCDA Dr Janet Ekpenyong alongside other speakers charged mothers to always advice their children to imbibe the culture of regular hand washing, avoiding the exposure of edible food items and went further to charge health workers to continue to give in their best as the State Government is always ready to provide whatever the health sector needs to make the state a disease free one. She charged them to have a high level of suspicion for any case of Fever.

The indigenes of Odukpani LGA expressed their happiness with the State Government and the Health Ministry for always putting their children, mothers and their various communities into consideration and promised to double their support for his excellency and the new commissioner for health as they promised to carry out this sensitization campaign to the nooks and crannies of their various communities, market places, churches, etc.

Mon Feb 10 , 2020
Share ThisBy: Admin.   For the Health sector in Nigeria to experience that big shift and the much needed revolution, it is expedient for the federal Government through the federal ministry of health to immediately remove all bottle necks and release Basic health Care provision Funds to States to boast […] 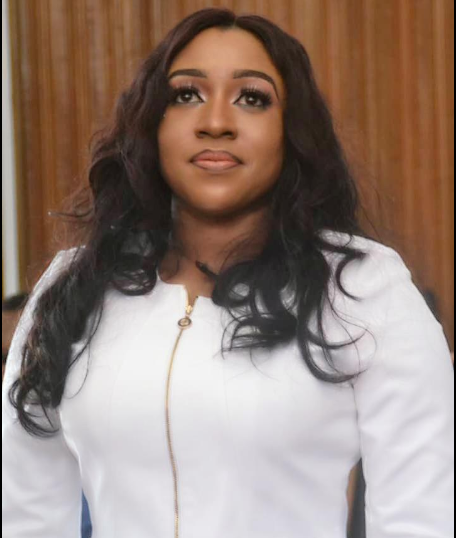