His election came with lots of expectations, given his background and profile, as a former Senator of the Federal Republic, a grassroots man and an erudite professor. Born as Benedict Bengioushuye Ayade not long ago in 1968, he had become one of the youngest serving governors at the time of his inauguration in May 2015. But no sooner had he assumed office than we started noticing some strange occurrences, from the appointment of one thousand aides, to gargantuan budget estimates, highfaluting grammatical declarations that border on the comical most times and white elephant projects, such as an expressway to heaven. Things have so changed drastically with the once dynamic leader that it becomes entirely difficult to associate him with some events that have been credited to him.

This same governor was alleged to have forcibly evicted the Chief Judge of his State, locked him out of his official residence and even prevented him from attending official functions of the State, all in his bid to impose a junior judicial officer as the next Chief Judge. In order to perfect this plan, he hurriedly dissolved the State Judicial Service Commission, statutorily headed by the Chief Judge and purported to appoint another person as Chairman thereof. He defied the National Judicial Council which had recommended an Acting Chief Judge to be sworn in as Chief Judge. The new Professor Ben Ayade had metamorphosed so dramatically to become totally ensconced with the allure of power which has isolated him from the same grassroots that he climbed to attain power.

Agba Jalingo is a young, dynamic activist who is committed to transparency and good governance, for which he set up the Cross River Watch. He was constantly x-raying many projects and claims of the Cross River State Government, all of which would seem not to go down well with the governor. He was initially arrested for alleged fraud but was later released by the police, until his arraignment for alleged terrorism and treasonable felony, resulting in his current criminal trial.

The great historian and moralist, Lord Acton (1834-1902), in an opinion expressed in his letter to Bishop Mandel Creighton in 1887, said that ‘power corrupts, absolute power tend to corrupt absolutely. Great men are almost always bad men.’ Once in the history of France, Napoleon Bonaparte had declared himself an emperor, taking after ancient Roman rulers who declared themselves gods but could not execute their dictatorial reigns against death, which ultimately extinguished their wicked rulership. Upon attaining his second term in office as governor, our young and once amiable governor took the form of god, with no tolerance for any opposition or contrary opinion, as exemplified with the trial of many activists and lawyers in the State.

How does an elected governor live as an emperor in a democracy? You solicited for votes during the election, upon certain promises of good governance, only to win election and then turn against those that brought you to power. What would cause a leader to charge a journalist for treasonable felony for the reason only that he criticized the government and its policies? We should not allow things go this way, whereby we now raise leaders who are intolerant of critical views in this modern time. So, what has Jalingo done exactly? Let us examine the criminal charges preferred against him.

Threatening through various publications on crossriverwatch.com and social media, using malicious publications, instigating the people of Nigeria to stage protest for the removal of the governor of Cross-River State of Nigeria from office without due process of law.

Pray, can the “people of Nigeria” remove a sitting Governor contrary to the procedure prescribed in section 188 of the Constitution, conferring such power only on the State House of Assembly?

Publication of false statement on crossriverwatch.com and facebook titled: ‘How Ayade approved and diverted N500m for Cross-River Micro Finance Bank’, in order to cause alarm, hatred and disturb public peace in Calabar, for the purpose of bringing down the reputation of the Executive Governor of Cross River State.

Alleged false publications affecting the reputation of a person should be rooted in the civil suit of libel.

Conspiracy with Prince Ekanem Ekpo and others to commit unlawful acts of terrorism.

Totally unrelated with all the other counts.

Holding meetings with leaders of cult groups across Cross-River State to instigate and to commence acts of terrorism on the person of the Executive Governor of Cross River State, to undemocratically force his government to an end through various acts of violence.

And these alleged “leaders of cult groups” were not charged along with Jalingo!

These charges were filed by the police on 30th of August 2019, before the Federal High Court, Calabar. Agba Jalingo has been in prison custody since his arraignment as his application for bail was refused by the trial court. It is true that Jalingo contested for the governorship of Cross River State on the platform of African Action Congress. The charges against him have nothing to do with the elections but rather that the governor felt insulted with some publications allegedly made by Jalingo. So, Jalingo’s present travails have to do with his trade and profession of journalism. But why kill the fly with a sledge hammer? Does His Excellency truly believe in his heart that Jalingo would topple his government?

All men and women of conscience must join to appeal to Governor Ben Ayade to show fatherly love and maturity in handling the case of Jalingo, whose younger brother died just last week while he is still in custody. The drama to Jalingo’s trial is the way Governor Ayade has tried to exonerate himself from the court case, by attempting to shift it to the Federal Government. Let us hear His Excellency:

‘In Court, it is Federal Government versus Agba Jalingo, not Cross River State … He’s in court for treason, a State does not have power to try anyone for treason, it’s not me. Agba Jalingo is not a journalist, he is the chairman of a political party and so once he started the campaign to overthrow the government of President Buhari, he ceased to be seen from the point of journalist because he has become the state chairman of a party.’

From Counts 1-4 above, there is nothing involving the Federal Government in the case against Jalingo, but rather a complaint on behalf of the Governor of Cross River State. Some of the charges are even personal to Governor Ayade himself, wherein it was alleged that Jalingo committed some acts against the ‘person of Governor of Cross River State’. And the interesting aspect of it all is that governor Ayade is claiming to be Jalingo’s benefactor, even while in custody. You are prosecuting somebody and at the same time claiming to be his helper. Talk of beneficial dictatorship! What Jalingo needs is his freedom, not donations and handouts. The criminal complaint leading to Jalingo’s arrest was at the instance of the Government of Cross River State, it was the Commissioner of Police in Cross River State that declared Jalingo wanted, leading to his arrest and arraignment at the behest of the police in Cross River State.

I’m joining other well-meaning Nigerians and the international community to appeal to His Excellency to temper justice with mercy by withdrawing the complaint leading to the charge and thereafter engage Jalingo for possible discussions that will restore the good relationship that the governor claimed to have existed between the duo. Jalingo cannot execute any terror plan or attack against Governor Ayade; that I am sure of, but perhaps the greatest lesson in all of this is that you cannot dine with the devil and at the same time run with the hare. Given the narrations of the events of the so-called financial assistances rendered to Jalingo by Governor Ayade, it then means that a lot has gone on between both of them, if indeed the accounts are true.

As activists, we must find a way to maintain some balance between our basic responsibility to the people and those who are close to us in power. Ours is a calling, that comes with great sacrifices and we should be careful not to ride on the back of tigers so that we don’t eventually end up in their bellies. The courage and faith displayed by Jalingo so far have been very impressive and encouraging. His Excellency should not close his ears to the cries of the international community and indeed all well-meaning Nigerians concerning the fate of Jalingo. After over four years of incarceration, Col Sambo Dasuki (Retd) is today a free man. Thus, we cannot insist on maximum punishment for cases that we know within our hearts are mere campaigns rooted in activism, without the slightest capacity for enforcement.

If governor Ayade were to unleash the full weight of his enormous powers for the purpose of oppression or retribution, then he would have ranked equal with all the Roman emperors that equated themselves with God and did not yield to the voice of reason. Happily now, His Excellency says he is working with Jalingo and his family to see to his release from custody. That is a mission that should be pursued with vigour and benevolence, so that we may all boldly say that this is not a case of corruption of power.

Mon Feb 10 , 2020
Share ThisBy: Admin.   In continuance with the State’s fight against Lassa Fever and corona virus outbreak in the State, the cross river state government through the Ministry of Health has donated health preventive equipments to the 13th Brigade Command Akim during the Lassa fever sensitization campaign organized by the […] 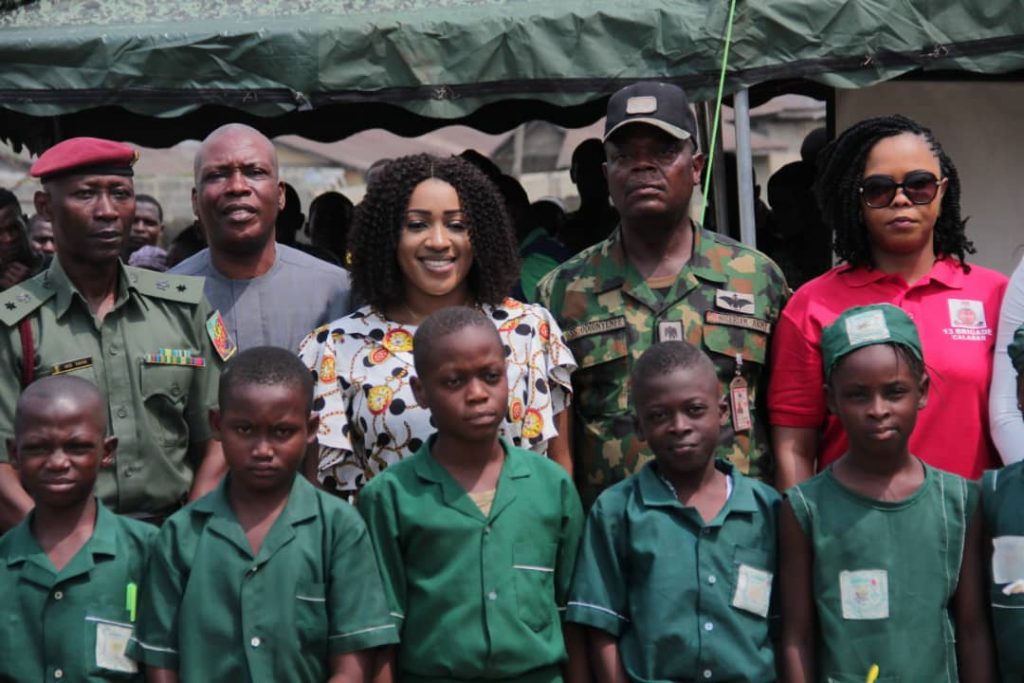