Skip to content
Share This
CRS. COMMISSIONER OF INFORMATION AND ORIENTATION, DIRECT INFORMATION OFFICERS TO REGISTER WITH NIPR.
By: Benedict Okache
Cross River State Commissioner for Information & Orientation, Comrade Asu Okang has directed all Information Officers in the State to immediately make arrangements and get registered as Public Relations Practitioners under the Nigerian Institute of Public Relations (NIPR).
Comrade Okang gave the directive in his office in Calabar when the Cross River State Chapter of the Nigerian Institute of Public Relations (CRS-NIPR) paid him a courtesy visit to congratulate him on his recent re-appointment as member of the Cross River State Executive Council and deployment as Commissioner for Information and Orientation by Governor Benedict Ayade.
The Commissioner stated that Information Officers are critical components of the new information agenda in the State aimed at actualizing the policy targets and showcasing the deliverables of the Governor Benedict Ayade-led administration, noting that as Professional Public Relations Practitioners, whose key responsibility is image molding; the quality of publicity that would be given to government policies and programmes would take a more professional dimension than what is obtainable now.
The Information & Orientation Commissioner’s directives to Information Officers is coming on the heels of the resolution of the 46th meeting of the National Council on Information (NCI)   held in Asaba, Delta State in 2018 which also directed Information Officers in both the Federal Ministry of Information and all State Ministries of Information in the country to mandatorily register with NIPR which will make them more professional in the task of publicizing Government policies and programmes.
He lauded the Cross River State Chapter of NIPR for the strides, recorded in the years past and charged them to brace up to  position themselves to play critical roles in helping to publicize the many people-oriented programmes and projects of Governor Ben Ayade.
He solicited for the support of the leadership of NIPR in the State as he begins his reign as Commissioner for Information & Orientation, urging the Chapter to strive to do more to win more laurels during his tenure and assured the Chapter of his support at all times, especially the upcoming National Conference in Bauchi State in which the Commissioner pledged to provide transport for the Chapter.
Earlier in a presentation to Commissioner Okang, the State Chairman of NIPR, Ntunkae Offiong Ani Offiong, on behalf of the Executive and members of the Cross River NIPR congratulated him on his recent re-appointment and deployment by Governor Ayade to superintend over the Ministry of Information & Orientation, pointing out that the Institute in the State has closely followed his track record of achievements in the Ministry of Youths & Sports Development, where he served for four years and made a huge mark in youth development under YESSO Initiative.
Ntunkae Offiong Ani told the Commissioner that NIPR is the Professional body that regulates the practice of Public Relations in Nigeria, emphasizing that NIPR was established in 1963 but chartered by Decree 16 of June 1990, now Act of the National Assembly.
The State Chairman maintained that Cross River State Chapter of NIPR began in 1977 and has continued to soar higher among the comity of chapters in Nigeria, adding that membership of NIPR makes one automatic member of the African Public Relations Association (APRA) and the International Public Relations Institute which license every practitioner to practice Public Relations in line with Global Alliance for Public Relations and Communication Management.
She used the opportunity to intimate the Commissioner on some of the activities of the Chapter, including the forth-coming Annual Conference in Bauchi State, the Children’s Day with NIPR, the Local AGM, the Mandatory Continuing Professional Development Training Programme (MCPD), the Master Class Training Programme amongst others and solicited for the Commissioner’s support towards achieving desired results in the years ahead.

Sun Feb 9 , 2020
Share ThisBy: BEATRICE AKPALA – SSA to GOV. AYADE, on COMMUNICATION AND ADVOCACY.   The United Nations High Commissioner for Refugees *(UNHCR)* has applauded the efforts of the Cross River State Governor, Sen.Prof. Ben Ayade for playing host to over thirty-five thousand (35,000) Cameroonian refugees in the state, the highest […] 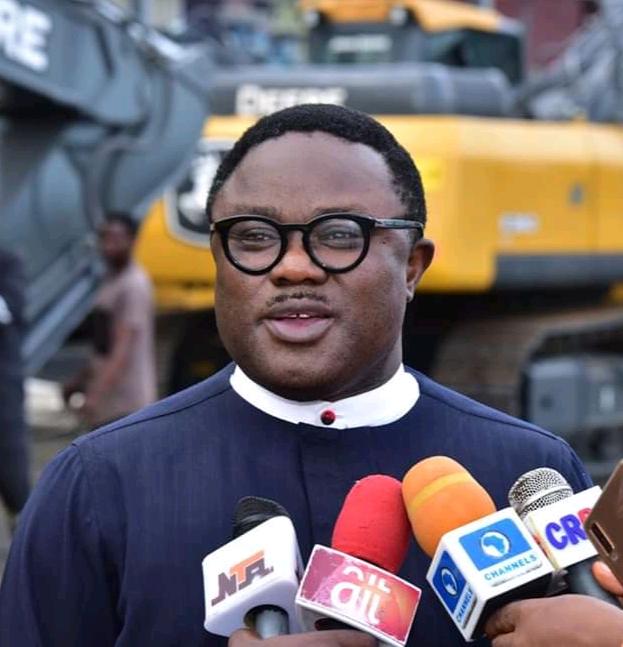