Philip Agbebia Agba, a sibling of Agba Jalingo, a Nigerian journalist facing charges of terrorism and cybercrime has died at the age of 34.

And, Jalingo who has spent 163 days away from his family since his arrest on August 22, 2019 is “distraught with grief,” a statement issued by CrossRiverWatch on Saturday and signed by the News Editor, Jonathan Ugbal said.

“We regret to announce the passing of Mr. Philip Agbebia Agba, a photojournalist and younger brother of CrossRiverWatch’s Editor-In-Chief, Agba Jalingo who died in the early hours of today, Saturday, February 1, 2020 while being treated for testicular cancer.

“Jalingo was informed on Saturday morning by family members who visited him at the custodial center in Calabar.

“He received the news of Philip’s passing with grief but stressed that he will endure the pain for it was God’s will that has been done.

Mr. Philip was born on April 4th 1985 and is survived by a wife and two children.

His death comes 11 days before the third anniversary of the death of his mother, Mrs. Monica Ungie-Ato Agba who died on February 12, 2017.

And, the family said he will be “buried today at his hometown, Bedia in Obudu local government area in accordance with tradition,” the statement read.

Meanwhile, “Jalingo who is currently remanded at the Calabar custodial center where he has spent 129 days on the orders of the Federal High Court Calabar after spending 34 days in Police custody will not be able to attend,” the statement added.

He was arrested following an article he wrote demanding the whereabouts of the NGN500 million approved and released by the Cross River State government for the floating of the Cross River Microfinance bank.

Ayade’s Name Will Go Down In Ignominy – Lawyer (VIDEO)

Tue Feb 4 , 2020
Share ThisBy Admin Barrister Liborous Oshoma has slammed Governor Ben Ayade of Cross River State over his continued denial of not being the mastermind behind Citizen Agba Jalingo’s incarceration. Liborous, a political analyst said the Court is not ready to proceed with Jalingo’s trial in connivance with the State Governor. […] 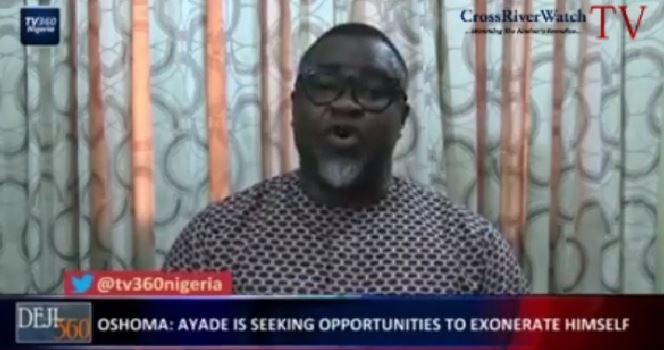